IPOH: An oil palm estate worker, who doubles as a sundry business operator, has been arrested by the police for selling contraband cigarettes in Kampung Gajah, about 70km from here.

Perak Tengah OCPD Supt Barudin Wariso said the worker, in his 20s, from Bangladesh was arrested at his kongsi house in the estate on Wednesday (Jan 6) at 10.10pm.

Supt Barudin said five boxes, containing about 190 cartons of cigarettes worth about RM8,000, were seized during the raid.

"We got a tip-off about the worker selling smuggled cigarettes.

"He works at the estate and also sells sundry items in the same house," Supt Barudin said in a statement on Thursday (Jan 7).

"The cigarettes were sold to his fellow workers," he added.

Supt Barudin said initial investigations found that the man gets his supply from several suppliers from neighbouring districts.

"He stocks up about three times a month.

"He confessed to using his house, in the same location as his workplace, which was quite far from the nearest township, to sell the contraband cigarettes," Supt Barudin said.

"The police are now trying to track down the suppliers to put a stop to the syndicate," he added.

"The man will be remanded until Friday (Jan 8). We are also confirming his work permit with the Immigration Department," he added. 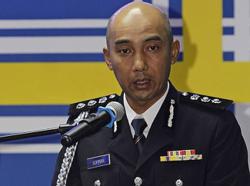