PETALING JAYA: A dangerous weather warning with incessant heavy rain for several states in the peninsula has been issued by the Malaysian Meteorological Department (MetMalaysia).

In a graphic posted on its Facebook page, MetMalaysia said districts of Jerantut, Temerloh, Maran, Kuantan, Pekan and Rompin in Pahang and Mersing in Johor have been placed on red alert after an incessant and intense downpour.

Several other districts in Terengganu, Pahang and Johor are on orange alert, with Kemaman, Raub, Bentong, Bera, Segamat and Kluang receiving incessant heavy rain until tomorrow.

As for Sabah, heavy rains are expected in Kota Belud, Sandakan and Kudat. 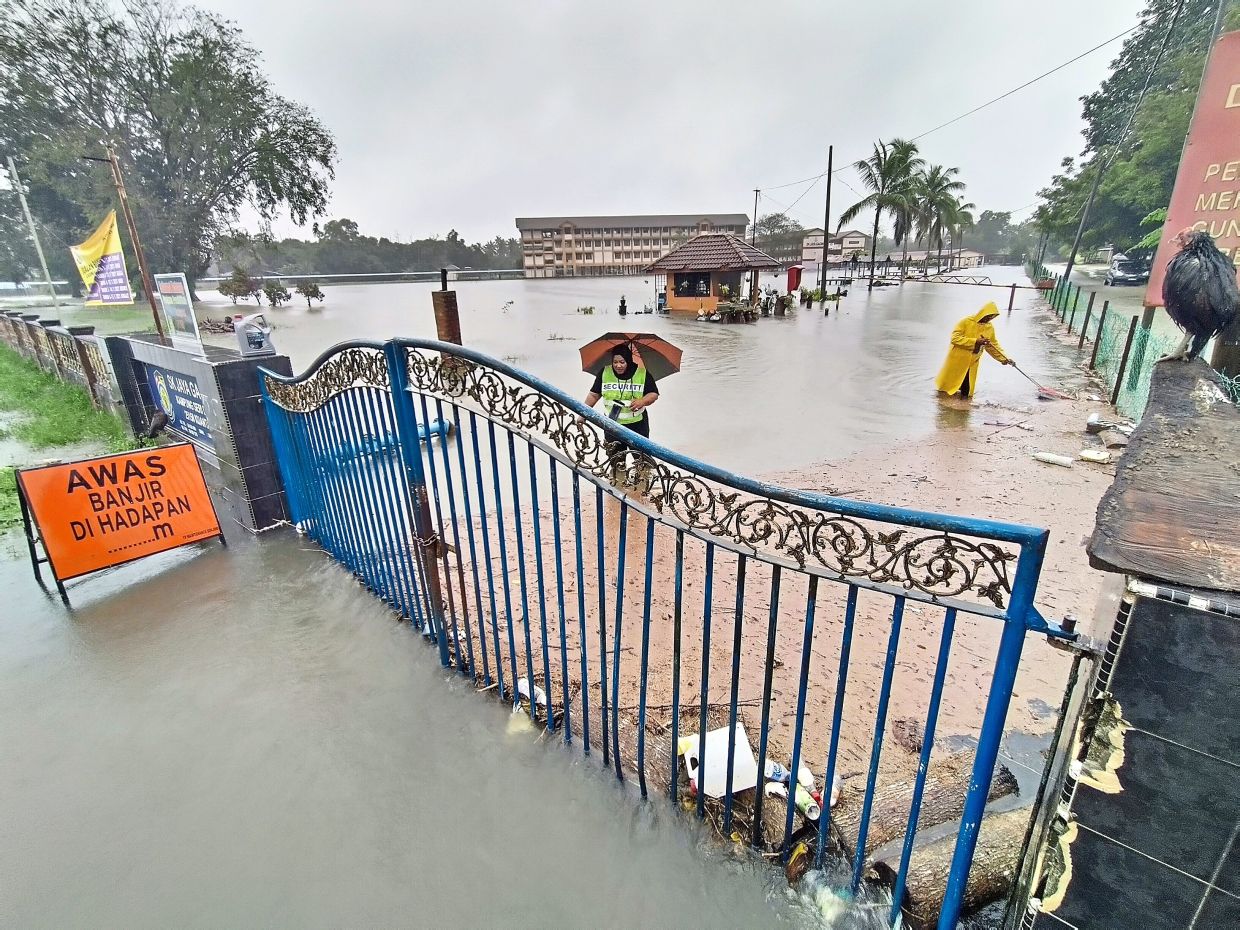 In a statement earlier, MetMalaysia said these situations can cause flash floods, especially in low-lying areas.

It also said that strong north-east winds of more than 60kph and waves as high as 4.5m are expected to occur in the waters off Kelantan, Terengganu, Pahang, eastern Johor, Sarawak, Sabah and Labuan during that time.

These pose the risk of seawater overflow along coastal stretches and at river mouths in the affected places, it said.

In a weather monitor report for January to June 2021, MetMalaysia said northeast monsoon season that had begun on Nov 11 last year would last until March.

“During this monsoon period, the country is more likely to receive stronger and continuous winds from the northeast with speeds of between 10kph and 20kph.

“A series of heavy rains are expected to occur, especially in the east coast states of the peninsula, west of Sarawak and east of Sabah, ” it said.

The Irrigation and Drainage Department’s portal Public InfoBanjir also showed that water levels at river stations in several states, especially those in the East Coast, are exceeding the danger levels.

As at 5pm yesterday, five states were classified as having “danger” water levels.

They were Johor, Pahang, Terengganu, Selangor and Sabah.

Negri Sembilan and Sarawak were categorised as having “warning” water levels, while Kelantan, Kedah and Penang were at the “alert” water levels.

“Danger level” is defined as the river water level causing considerable flooding and with evacuation having to be initiated.

Pahang saw “danger” water levels recorded at five stations, including the Sungai Lipis station in Benta which had a 77.22m water level (its normal level was 70m).

Other stations with dangerous water levels in the state were PKGK Kuala Gandah in Temerloh, Sungai Lepar in Kuantan, Batu Malim in Raub, and Sungai Lembing in Kuantan. Water woes: A woman looking forlorn after her home was hit by floods in Kampung Galing, Pahang. — Bernama

Johor has three stations classified as having “danger” water levels, with the Rantau Panjang station in Kota Tinggi having recorded 10.79m water level though its normal level is 4m.

Meanwhile, Sabah recorded a 9.24m water level in the Sungai Padas station in Beaufort – double of its normal water level of 4.5m.

“The effects of climate change is gradual, but since last year, we have observed changes in severity.

“The weather cycles will stay the same, but the severity – whether it’s heavy rains or droughts – will be more intense, ” he explained.

Assoc Prof Yusri said he expected the heavy rains to sustain for the rest of this month, though they were not likely to get worse.

He expected this time to be the peak of the north-east monsoon storms.

“The monsoon brings heavily laden clouds that picked up moisture from the vast South China Sea.

“It is possible to build a prediction model to calculate the severity, but this will take time and large volumes of data, ” he said.

He added that historically, people could expect serious wet weather to ease up come February.

Assoc Prof Yusri said Pahang and Johor lacked the protection of the Titiwangsa mountain range and so they faced the full brunt of the monsoon, just as Kelantan and Terengganu would.

In contrast to the storms suffered by Pahang and Johor, states like Kedah and Penang only had cloudy weather with light, intermittent drizzle.

“The Titiwangsa mountain range plays a vital role in shielding states on the western side during this season. The range ends in Jelebu, Negri Sembilan, so the whole of Johor is exposed, ” he said.

The north-east monsoon usually starts around mid-October and ends in March.

It was reported that Singapore recorded among its highest rainfall on Saturday in the past 39 years.

As of 7pm on Saturday, the highest total rainfall recorded was 210.6mm at Changi, more than half of the average monthly rainfall every January.

Low temps in KL and other cities in the peninsula

Teachers come to the rescue of stranded retiree