They are Selangor, Negri Sembilan, Penang, Sabah and the Federal Territories of Kuala Lumpur and Labuan.

For other states, the enforcement will start after February next year.

high-risk states, involving some 800,000 foreign workers” as the directive had been announced and the programme started since Dec 1.

He said as of yesterday, a total of 68,460 foreign workers had been screened, involving 2,385 employers.

“On Jan 1, the enforcement will be on the remaining employers to start sending their foreign workers to be screened, ” he said.

To a question, Saravanan said employers in the other states would have until the end of February for all their foreign workers to be tested for Covid-19.

He said currently, there were 745 clinics participating in the programme in the six high-risk states.

The compulsory Covid-19 screening for foreign workers was first announced for the six states.

However, this was extended to the rest of the country when on Nov 25, Senior Minister Datuk Seri Ismail Sabri Yaakob said Malaysia would impose mandatory Covid-19 screening for 1.7 million foreign workers.

On Dec 24, he said the National Security Council would enforce the compulsory Covid-19 screening under Act 342 (the Prevention and Control of Infectious Diseases Act) beginning Jan 1 so that action could be taken against employers who refused to have their workers tested.

On Dec 21, Saravanan said foreign workers who contributed to Socso could have their subsidised tests carried out at the appointed hospitals or clinics while for those without coverage, the costs would be borne by their employer.

A check at Socso’s website (https://psp.perkeso.gov.my/) showed that guidelines for the foreign workers’ screening and a directory with the appointed panel hospitals and clinics are so far only available for the six states.

“The test is necessary to curb the disease and we treat this issue seriously. Employers who have trouble getting the reimbursement from Socso can reach out to the Human Resource Ministry for assistance, ” he said.

“We should look into the capacity which is limited as we certainly want to complete the screening soonest, ” said Jagdeep, adding that there was no point in issuing ultimatums for legal action and penalties.

“In fact, the Federal Government should help us on how to conduct the testing with the limited resources available in government and private clinics which are not equipped for mass testing, ” he said. 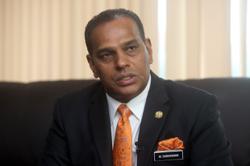