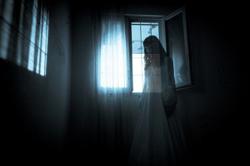 MELAKA: There are no ghosts in Melaka and Chief Minister Datuk Seri Sulaiman Md Ali suggests a tourism body here, that had proposed paranormal tours, instead look into introducing “spiritual tours”.

He said spiritual travel packages would be more relevant to a multicultural state like Melaka.

“The mysterious ‘loud knocks’ sounds superstitious and weird, especially when we hear this kind of tale in the modern age, ” he told The Star here on Thursday (Dec 17).

Sulaiman said he anticipates that spiritual tours would have the ability to woo more tourists, given that Melaka has many historic places of worship: old mosques, churches, temples and even a famous gurdwara.

“We can look into selling these spiritual travel packages to global markets covering all religious groups.

“Melaka has been a melting pot for various ethnic groups since time immemorial, and we will continue to preserve it, ” he said when asked to comment on the proposal by Melaka Tourism Business Club (MTBC) vice-chairman Dennis Samford on Dec 15 to make the mysterious “loud knocks” phenomenon into a “ghost tour package” in rural areas.

Some homeowners in various parts of the country have reported hearing mysterious loud knocks at their front door over the past few weeks, including in Alor Gajah, with the latest being in Pahang.

Meanwhile, Sulaiman urged locals not to believe in such superstition.

“Even Santa Claus would keep away from knocking on doors to give away Christmas gifts with such spooky stories being circulated, ” he quipped.