Dr Mahathir’s office sent out the invitation to the media after long speculation that the two have put aside their rivalry to take on the Perikatan Nasional government – despite the fact that Tengku Razaleigh is still with Umno, part of said government.

On Oct 29, Dr Mahathir and Tengku Razaleigh – who was finance minister from 1976-1984 – allegedly met to discuss a “unity government”.

At that time, Dr Mahathir brushed off talk of joining forces with Tengku Razaleigh alone, saying that he had met other party leaders as well.

Since the formation of Perikatan, the two senior politicians have repeatedly criticised Prime Minister Tan Sri Muhyiddin Yassin for taking over the government.

If Tengku Razaleigh moves away from Umno, this would not be the first time – in 1988, he formed a breakaway party called Semangat 46 after a falling out with Dr Mahathir, who was then premier and Umno president. 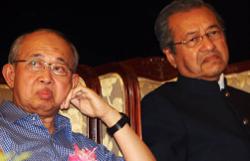 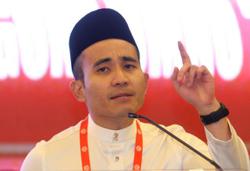