PETALING JAYA: After a sharp contraction in the second quarter of 2020 due to the Covid-19 containment measures, private investments in Malaysia have shown signs of gradual recovery.

However, while business sentiment has begun to pick up steam, domestic investment remains below pre-pandemic levels as many businesses across different industries take a wait-and-see approach to new investments and expansion.

The government recognises the urgent need to spur investments, by domestic and foreign investors, and has formulated numerous pro-business initiatives under Budget 2021.

Economists and industry players have largely welcomed the measures to promote investments and have said Budget 2021 is an all-encompassing instrument for the business sector, covering large corporations to small and medium enterprises (SMEs) to micro businesses.Speaking with The Star, AmBank Group chief economist Anthony Dass said Budget 2021 meets the immediate needs to encourage growth and investments.

He also pointed out that several measures under Budget 2021 would help make Malaysia a more attractive investment destination for foreign investors.

This is highly important considering foreign direct investments (FDIs) are evolving to be geographically diverse with a shift in focus towards South-East Asia as multinational corporations seek to reduce reliance on China.

Among the measures under the budget to attract foreign investments are the proposed extension of the Principal Hub incentive with relaxed conditions and the introduction of a new Global Trading Centre incentive.

“These proposals, combined with proposed relaxation to the licensed manufacturing warehouse and free zone regimes place us on a better footing and attractiveness, particularly as a supply chain hub.

“It is now key to monitor and measure the implementation of the budget closely against the desired objectives, ” according to Dass.

Dass, who is also a member of Economic Action Council secretariat, was also positive on the budget’s RM15bil allocation of large infrastructure projects such as the Pan-Borneo highway, the Gemas-Johor Baru double-tracking and electrification project and Phase 1 of the Klang Valley Double Track project.

Meanwhile, Alliance Bank chief economist Manokaran Mottain has also welcomed the measures under the budget to spur investments, describing them as “targeted and effective”.

“Such government measures (under Budget 2021) would continue to support local industries and encourage businesses to raise capital expenditures back to the levels we have seen in 2019, ” he said.

Manokaran also lauded the fact that the development expenditure provided under Budget 2021 was also the highest on record.

“We have seen continuation of several mega infrastructure projects that would raise domestic investments with greater involvement of the private sector, boosting demand for workers.

“The High Speed Rail project, for example, will have a high multiplier effect on the economy, ” Manokaran said.

However, he pointed out that the effectiveness of these measures rests on how fairly and quickly the measures are implemented next year, without leaks.

“All these initiatives will bring the unemployment rate down, result in better income and eventually support consumption, ” she said.

Budget 2021, which was tabled on Nov 6, provides a wide range of targeted incentives to spur investments by local companies as well as to attract foreign investors.

Among others, a RM1bil special incentive package was introduced to encourage companies to invest in high value-added technology, while Bank Negara will also provide a RM500mil “High Technology Fund” for high-tech and innovative firms.

Meanwhile, Bank Pembangunan Malaysia will be providing RM1.4bil for the National Development Scheme to develop the domestic supply chain. In addition, a total of RM500mil has been allocated for bumiputra entrepreneurs to increase their involvement in key economic sectors.

The initiatives and incentives under Budget 2021 also facilitates greater access to financing, small and medium enterprises (SME) development, driving the acceleration of digital adoption and automation and enhancing the human capital via reskilling and upskilling.

According to Federation of Malaysian Manufacturers (FMM) president Tan Sri Soh Thian Lai, many of the measures are seen as being either direct or indirect support to new and existing investors.

“FMM views the measures introduced in the budget are wide ranging and targeted at every segment of the economy and covering all sizes of companies as well as SME and micro-enterprises, all of which have been impacted by the pandemic in one way or another, ” he said.Among the measures welcomed by the FMM are the extension of the Penjana special tax incentives to attract FDIs to relocate manufacturing to Malaysia from 2021 until 2022.

Soh hopes the incentive would also be extended to existing investors which had received approvals for expansion, diversification or new projects in 2019 as well as to domestic investments. 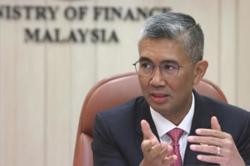