IT is set to be a full house in the Dewan Rakyat with Budget 2021 expected to be put to the test today.

With the possibility of a bloc vote being called due to Perikatan Nasional’s razor-thin majority, no MP can ill-afford to miss the sitting.

The voting has been moved twice -- Nov 23 to Nov 25, and Nov 25 to 26 -- and despite speculation that the vote on Budget 2021 could yet be shifted to Monday, there is no indication of a third postponement thus far.

Much time has been used up on ministerial replies to points raised on the Budget during the debate, and the daily sitting hours has also been cut short due to the Covid-19 pandemic.

As things stand, there are still nine ministerial replies to cater to.

“As such, we have to finish as quickly as possible within the time set, ” she remarked. 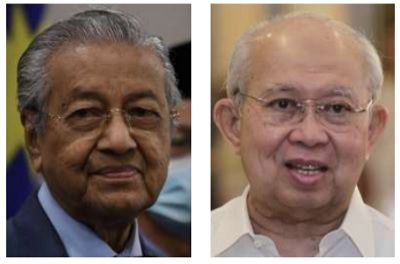 Differing opinions: Dr Mahathir has said that he and three other Pejuang MPs reserved their right not to vote on the Budget while Tengku Razaleigh has said that he will not be participating in the debate.

“Either Budget 2021 is passed with or without amendments by the government, or it will be rejected by the MPs, ” she said.

She said the government could still make the Budget more inclusive and comprehensive before it is put to vote, pointing out that there would be huge implications if the budget was defeated.

“It would mean that the government cannot use the allocated funds to administer the country and manage the finances.

“This is why some have argued that this will lead to a government shutdown, ” she added.

To avoid such a scenario, Prof Shamrahayu said the government could rely on Article 102 of the Federal Constitution for Parliament to ensure allocations are made for part, or whole, of the year.

Assoc Prof Khairil Azmin Mokhtar from IIUM said there could be several outcomes if the budget was defeated.

He said that although convention dictates that the prime minister should resign if a budget is defeated under Article 43(4) of the Federal Constitution, he need not necessarily do so but carry on under a “hung Parliament”.

“Although the prime minister may not command the majority, he may still have the support of most of the House under the current situation, ” he said.

Perikatan has seen two bloc votes called in Parliament since helming the government in March.

The first was on July 13 on a motion to remove former Dewan Rakyat Speaker Tan Sri Mohamad Arrif Md Yusof, when it secured 111 votes against 109 nays.

The second was on Aug 17 when a vote was called for the Supply (Reallocation of Appropriated Expenditure) Bill 2020 for RM7.18bil, with 111 MPs voting in favour.

If a bloc vote is called on Budget 2021, it would not include the Batu Sapi and Gerik constituencies due to the recent deaths of its representatives.

Former prime minister and Langkawi MP Tun Dr Mahathir Mohamad has said that he and three other Pejuang MPs reserved their right not to vote on the budget.

Veteran Umno MP Tengku Razaleigh Hamzah has said that he will not be participating in the budget debate.

Another point to note is whether Sabah MPs Datuk Dr Jeffrey Kitingan (Keningau) and Datuk Seri Bung Moktar Radin (Kinabatangan) would be allowed into the House as both had recently returned from the state where Covid-19 is raging.