KUALA LUMPUR: The Education Ministry will be implementing a standardised distribution of the RM800mil for school maintenance and upgrading of all vernacular schools for the first time in history, said Deputy Education Minister Datuk Dr Mah Hang Soon.

“Fair and transparent allocation of funds is the best method to ensure a fair system in the future and preserve co-existence of vernacular schools – which is possible due to our country’s multiracial, multicultural, multilanguage and multireligious way of life.

“In the future, vernacular schools no longer need to argue about how much funding they get and would be able to make effective plans for school development. No school will be ignored or given special treatment, ” he said in a press conference at HGH Convention Centre here yesterday.

Describing the move as a significant change for the better, Mah believes the standardised method of distributing funds was the way forward and should be continued.

Pointing out that the ministry has put aside RM30mil from the RM800mil for “critical cases”, Mah said that all schools under the ministry’s purview were most welcomed to apply for additional funding via state education departments (JPN) once the initial allocation provided had been fully exhausted.

Additionally, Mah said the ministry would be correcting the mistakes made in the past.

“Funds for government-aided Chinese primary schools will no longer be handled by the state education department.

“Instead, funds will be transferred directly into the account of the schools’ board of governors, which is more aware and capable of determining what the school needs.”

Mah also pointed out that conforming schools would be receiving direct funding from the ministry for the first time in Budget 2021.

“In the past, funding for such schools were allocated by the Finance Ministry.”

He added that next year onwards, all 1,300 Chinese primary schools nationwide – those with government and government-aided status – would be able to receive government funding for maintenance and upgrading purposes.

“Previously, not every Chinese primary school could receive this funding.”

In 2020, the majority of Chinese primary schools with government school status received RM43.78mil for upgrading and maintenance purposes.

This left only RM6.22mil for government-aided Chinese primary schools. 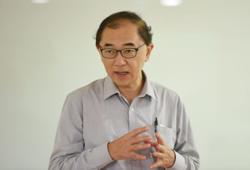