KUALA LUMPUR: A total of RM620mil of the RM800mil allocation for the maintenance of institutions that fall under the Education Ministry has been set aside for schools in Budget 2021.

Education Minister Dr Mohd Radzi Md Jidin said the allocation would depend on the school type – government or government-aided – and number of schools.

“As of now, only two factors are considered when we decide on the total allocated to each school category, ” he said during a press conference yesterday.

The allocations would be distributed as soon as possible and the ministry is already devising the method to distribute the money to schools in need, he added.

Radzi said the reason the individual-school types were not mentioned when Budget 2021 was announced was because the ministry had requested a “lump sum” for school maintenance from the Finance Ministry and that it would determine the distribution based on the number of schools and whether the school was a government or government-aided school.

“We did it this way so that the distribution would be more comprehensive and given in the most optimum manner, ” he added.

The government’s main aim is to maintain government schools, which is why they get the bigger allocation, he said.

However, government-aided schools also receive a maintenance allocation, albeit a smaller percentage which is calculated using a formula.

He said the average allocation per school was RM60,648 and the ceiling allocation for the 1,930 government-aided schools was 90% of this total, amounting to RM105mil.

He added that the ceiling allocation for government schools was RM515mil, which is RM62,059 for each of the 8,293 schools (see table).

“It is very straightforward, very transparent and, I feel, an easily understood formula, ” he added.

However, Radzi stressed that actual allocation received by each school would depend on their application and needs.

“This allocation, based on the number of schools, is definitely not enough but we will do our best to make use of this amount (properly), ” he said, adding that RM50mil had been set aside to upgrade school halls, especially open halls, and other facilities.

“When schools were first reopened after (the first wave of) Covid-19, there were some students who returned to schools that did not even have a school hall.

“They did not have a place to line up for their temperature scans when it rained. So, we specifically asked the Finance Ministry for an allocation to build or upgrade school halls, especially open halls, ” he said.

He said another RM50mil would be distributed to non-school institutions such as state education departments and teacher training institutes, RM50mil to fix slope-related issues and a special RM30mil

“Let’s say the allocation for a particular school type has finished, we can tap into the critical additional allocation to fix these schools which need critical maintenance work, ” he added.

Radzi also said the ministry received RM50.358bil in Budget 2021, of which RM47.271bil will go towards operational expenses.

He said that other initiatives that fall under the allocation provided by the Finance Ministry include RM500mil for the Jendela network to ensure Internet connectivity for 430 schools nationwide, RM420mil to improve the Supplementary Food Programme (RMT) and RM45mil to enhance special education.

“It is important that Budget 2021 is approved. This is something serious and RM800mil is for our children, ” he added. 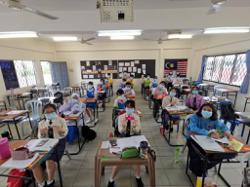 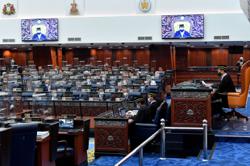