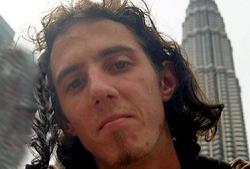 PETALING JAYA: Details of how Britain’s notorious paedophile Richard Huckle was raped, tortured and murdered in his prison cell were revealed at the Hull Crown Court in the United Kingdom.

The court heard that fellow inmate Paul Fitzgerald strangled Huckle with a ligature and forced a pen up his nose into his brain in October last year.

The British Metro tabloid quoted prosecutor Alistair Neil Macdonald as saying that the insertion of an object into Huckle’s anus and brain was “a form of punishment” for the crimes he had committed.

Macdonald added that the attack was “carefully planned and considered” by 30-year-old Fitzgerald, who was jailed indefinitely in 2009 for sexually attacking a dog walker.

The convicted sex offender was charged with murdering Huckle, who was implicated in raping more than 200 children in Malaysia.

Fitzgerald had pleaded not guilty, with the defence claiming it was manslaughter by diminished responsibility. 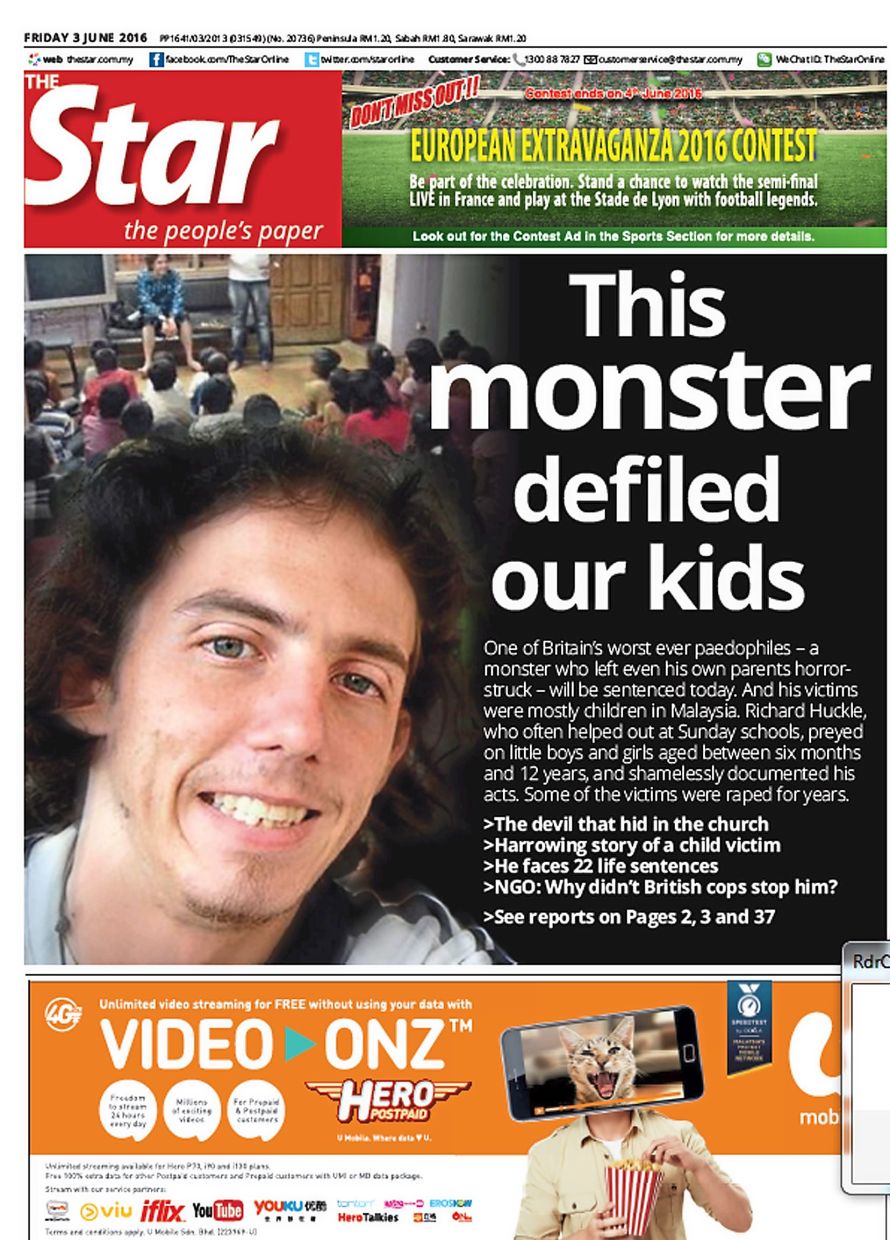 Inhuman: Huckle on the cover of ‘The Star’ in June 2016 ahead of his sentencing in Britain.

The court was told that Fitzgerald carried out the sexual assault to give his victim “a taste” of what he had subjected so many children to.

Macdonald told the court that in an interview with a consultant called Dr Shenoy, Fitzgerald had described the attack as “poetic justice”.

Macdonald told the jury on the first day of the trial that they must decide whether Fitzgerald was guilty of murder or manslaughter by diminished responsibility, as contended for by the defence.

The court heard that at the time of the killing, the defendant was suffering from mixed personality disorder, psychopathy and gender identity disorder.

The trial is expected to last five days.

Huckle, a freelance photographer from Ashford in Kent, targeted vulnerable youngsters while volunteering in orphanages in Malaysia.

He was extradited to Britain five years ago.

Huckle, 33, was serving a life imprisonment sentence when he was killed in his cell.