DATUK Hans Isaac (pic) has apologised to fellow actor Datuk Seri Eizlan Yusof for wrongly claiming that the latter misused his position as a member of National Film Development Corporation’s (Finas) board of directors in securing a grant for a production company, Kosmo! reported.

Hans said he had sent a message to the WhatsApp group of Film Producers Association Malaysia (PFM) congratulating three production houses that were awarded grants from the Digital Content Fund 2020.

The former Finas chairman admitted that in the message, he had wrongly alleged that Eizlan had used his position in Finas to get the funds for Excellent Pictures Sdn Bhd, which is actually not owned by Eizlan.

Hans said that later, just as he was trying to correct the statement he made in the group chat, Eizlan had already issued a legal letter denying the allegation.

“I have contacted Eizlan through my lawyer to make a statement regarding my mistake.

“Again, I would like to openly apologise to Eizlan for making the inadvertent error. I hope that we can move on, and let’s drive our film industry forward.” 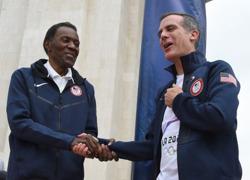