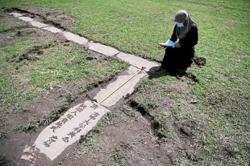 One of the tombstones found is over 200 years old and thought to belong to one of the founders of a Tua Pek Kong temple nearby.

The 10 tombstones were discovered when live-in gardeners Razali, 55, and Noor Haslinda, 47, were cutting grass on Saturday.

Measuring 60cm x 30cm, the tombstones were laid down flat in a straight line and buried under a layer of soil.

According to Pekan MCA chief Datuk Tan Yang Meng, the discovery is proof that the Chinese had set up roots in Tanah Melayu more than 250 years ago.

He added that officers from the Pahang state department of history and the Pekan Lama museum would be there today to examine the tombstones and decide what to do with them.

“We want to first ascertain if there are more tombstones underneath, then obtain the funds to get them sorted out, ideally to be moved to a Chinese cemetery, so as to offer our ancestors a proper final resting place, ” he said.

“I will suggest this to my husband via hypnosis. May my wish to have a daughter come true soon, ” she said during The Ella Show on TV last week.

Chen revealed that she suffered from uterine prolapse after giving birth to her son in 2017, which caused Lai to be reluctant to have a second child. 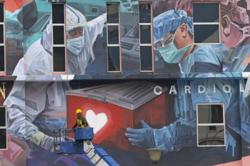 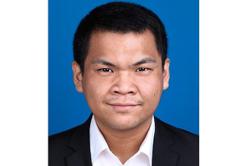