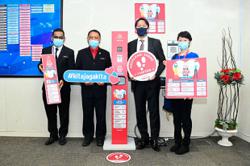 COVID-19 has wreaked havoc on the lives of students facing major exams this year.

In March, it was announced that the May STPM (Semesters 2 and 3) would be held in November instead.

Then the year-end SPM and STPM (Semesters 1 and 3) exams were postponed to January and February next year.

On Nov 9, Education Minister Dr Mohd Radzi Md Jidin announced that the SPM would be moved to February and the STPM to March and April to give students more time to prepare and allow the ministry to make logistics arrangements.

But for anxious students, teachers and parents, “soon” is not soon enough.

Parent Action Group for Education Malaysia (PAGE) chairman Datin Noor Azimah Abdul Rahim was spot on in saying that we need to overcome the challenges and learn to live in this new normal, rather than keep running away from it.

She noted that careful planning was needed, and a clear standard operating procedure (SOP) be tested during the SPM trial exams when adjustments could still be made.

But the trials have been postponed too.

The constant schedule changes have caused many sleepless nights – parents complain about the ineffectiveness of online revisions while students fear that the delay would affect their tertiary journey.

Melaka Action Group for Parents in Education chairman Mak Chee Kin did not mince his words when he demanded a comprehensive plan be put in place that will ensure smooth and fair exams if the conditional MCO continues.

Be firm on the dates, stop being firefighters, he said.

Across Asia, authorities have tightened measures for holding public exams.

Similar steps are spelled out in our Education Ministry’s “School Management and Operations in the New Normal Guidelines” which require candidates sign a health declaration form prior to sitting for exams, temperature scans and isolation in a separate room for those with Covid-19 symptoms.

The National Union of the Teaching Profession is right: “students’ safety must come first”.

But we cannot afford indefinite postponements – not because we don’t care about our students’ well-being but because more uncertainty would be detrimental to their mental health and future.

While the Malaysian Association of Private Colleges and Universities has requested that students be allowed conditional admittance into tertiary education based on their forecast and school results instead of waiting for the SPM results to be released, the National Association of Private Educational Institutions wants a strategy to be developed together with the National Security Council.

No doubt the ministry is trying its best, but Covid-19 is not going away anytime soon. Let’s look into tightening the existing SOP or introducing alternative assessments – for example, school and performance-based grading – so that our students can move on with their lives ... safely. 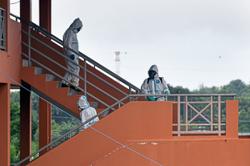