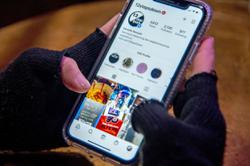 Her post read “May we be blessed by God today (Nov 1). Thank you Allah for making this fall into place perfectly.”

Neelofa is speculated to have a close relationship with religious reality celebrity and preacher Haris Ismail or better known as PU Riz.

Sources said an event attended by around 20 people was held in her Petaling Jaya house over the weekend. Neelofa’s mother Noorkartini Noor Mohamed also posted on Instagram, hinting that PU Riz had proposed to her daughter.

A photo of Neelofa and PU Riz donning white Islamic garments, posted by her cousin Qalisya Ray on Instagram, has further added to the speculation that he had proposed to her according to the Malay custom.

Previously, Neelofa had denied rumours that both of them were dating.

> A man and two women in their 30s cheated death when the car they were travelling in was hit by a fallen tree at Jalan Pulasan near the Kluang public market on Sunday, Metro Ahad reported.

He said upon arriving at the scene, they saw that a 30m-high tree had landed on a car.

“There were three victims inside but passers-by had already helped them. We cut up the uprooted tree using special equipment. The operation took about 30 minutes, ” he said.

> A video showing a teacher dancing with a group of his students amazed social media users, Kosmo! Ahad reported.

The dance video, which garnered more than 80,000 views on Instagram, featured a remixed version of Siti Nurhaliza’s Bukan Cinta Biasa.

Social media users who were stunned to see the teacher dancing gracefully alongside his students praised him for encouraging his students to dance to traditional Malay music.

The teacher, Muhamad Farees Mohd Asri, 23, is a part-time dance teacher at a school in Nilai. 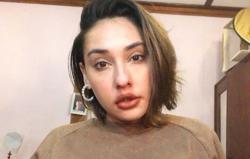