Friends devastated to learn of murder

SIBU: Friends of Irene Chung (pic) here who first heard of her abduction in Taiwan are devastated to hear she has been murdered.

One of Chung’s best friends broke down, unable to accept that she is gone. 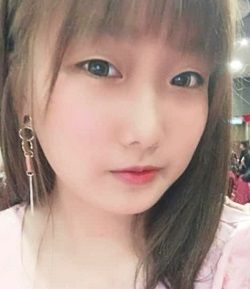 “I still cannot believe that she is gone from my life. I have lost a best friend, a family member and a sister in Christ, ” said the friend who declined to be named due to the nature of the case.

An initial police investigation determined that Chung had been abducted.

A man, who was arrested on Thursday in connection with the case, confessed to the murder.

According to the friend, they were a group of five very close friends who got to know each other nine years ago during a church activity.

“We are very close, so close that we did not treat each other as a friend but as sisters born to different families, ” she said, adding that when they first heard of Chung’s disappearance, they thought she would still be safe.

An adviser of the youth ministry of the Sibu Wesley Methodist Church, Umie Liau, said Chung was a cheerful person who got along well with people.

“I have known her since she was in Form 1 in 2009. I was very close to her and her mother, who is with the church’s women ministry, ” Liau said, adding that at every Chinese New Year celebration, Chung would join others, including Liau and her daughter, Joyce, also 24, for visits.

The last time they met was last year when Chung came back from Taiwan during her semester break.

She said when Chung was reported missing on Wednesday evening, she immediately got all church members to pray.

“So when news of her death came on Friday, it hurt me deeply and I cried.

“I quickly called her mum and told her that I felt for her.

“I also told her that I will visit her once she returns from Taiwan, ” Liau said, adding that Chung was being trained as one of the leaders in the church’s youth ministry.

Chung’s parents flew to Taiwan yesterday under special arrangements facilitated by the Federation of Alumni Associations of Taiwan Universities, Malaysia, that allows them to skip the 14-day quarantine through a special entry pass. 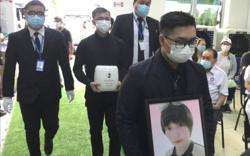