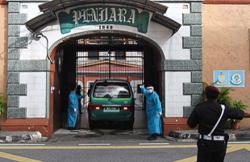 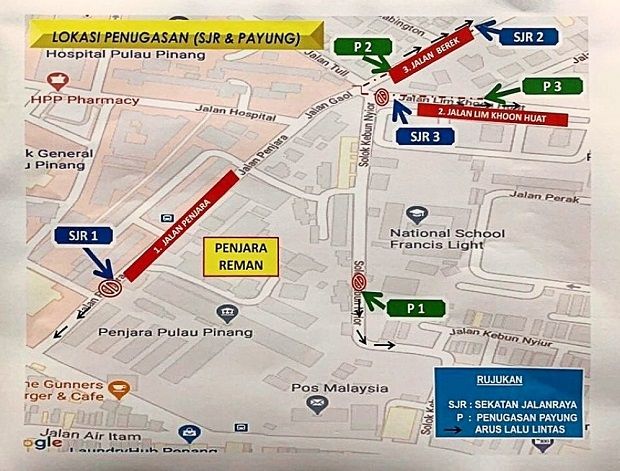 “A total of 610 prison staff and their families, including 220 who live on their own, will be quarantined during the enhanced MCO.

“We will be setting up three roadblocks and three police checkpoints to make sure that the public do not enter the restricted areas.

“Schools, places of worship and businesses in the area will be closed. Religious, social and recreational activities are not allowed during the enhanced MCO, ” he said in a press conference at the George Town district police headquarters in Patani Road yesterday.

ACP Soffian said 158 personnel would be involved in the roadblocks during the enhanced MCO.

“We urge the public not to panic and be calm. The enhanced MCO only involves Penang Remand Prison and the prison quarters.

Penang Remand Prison director Mohamed Jusoh Ismail said all prison staff and their family members, as well as prison inmates, were still in the process of undergoing the second round of swab tests.

On Monday, 141 Covid-19 positive cases were found among inmates in the prison.

Meanwhile, about 2,000 inmates at the Seberang Prai prison will undergo Covid-19 screening after three of them were infected on Tuesday.

Penang Prison director Roslan Mohamed said the procedure would be conducted in several phases and days.

“As preventive measures, we decided that all inmates must be screened to ensure that early treatment could be given to them if they are infected, ” he said.

Roslan said all new inmates would also be screened to ensure that the prison was free from the virus.