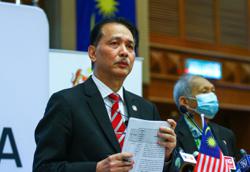 These cases made up the bulk of the 100 new cases reported in Malaysia, and the Benteng LD cluster is now the biggest active cluster in the country with 128 cases in the districts of Tawau and Lahad Datu.

“The Health Ministry has so far screened 431 individuals at the Lahad Datu lock-up, of which 87 individuals have tested positive so far. Another 132 have tested negative and there are still 212 people who have yet to get their results.

“In Tawau, we have screened 1,579 individuals and 41 have tested positive so far. Another 425 have tested negative, while some 1,113 are still awaiting for their results, ” said Dr Noor Hisham at the ministry’s Covid-19 press conference.

In total, 65 individuals under the cluster are foreigners and 53 Malaysians.

Despite the sudden spike in cases brought by the cluster, Dr Noor Hisham said the cases were “under control” as the transmissions were not spread in the community.

“As of now, the cases are found within the Lahad Datu police headquarters’ lock-up and the Tawau prison.

"The cases are under control as they are not in the community.

“This is similar to when we had hundreds of cases at the Bukit Jalil Immigraiton detention depot (DTI). The cases were controlled and not in the community, ” said Dr Noor Hisham.

The Benteng LD cluster was first detected on Sept 1 after two illegal immigrants from the Philippines were caught by the authorities under the “Ops Benteng” mission, a joint operation by the police, Armed Forces and other agencies to catch undocumented foreigners.

The first cases were found following a Covid-19 screening conducted on detainees at the Lahad Datu police headquarters.

The cases spread to the Tawau prison some 150km away after some of the detainees who had a travel history to Lahad Datu infected other inmates there.

Meanwhile, Dr Noor Hisham announced that the Bukit Jalil DTI cluster has been declared by the ministry to have ended after no new cases were recorded over a prolonged period.

In total, the cluster had 653 confirmed cases involving mostly detainees and a few staff of the detention centre.

One person, an Indian national, had died under the cluster. 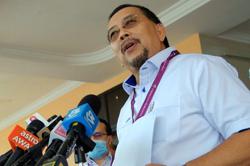