PETALING JAYA: There is a possibility that the Sivagangga cluster in Kedah is from a super-spreader strain of Covid-19, says Datuk Dr Noor Hisham Abdullah.

The Health director-general said the cluster had a faster rate of transmission compared with the nine other clusters in other states.

"We were informed of a super-spreader coronavirus strain that originated from countries such as Egypt.

“We have to test the sample in the labs and see the genomic sequence of the virus, ” he said at a media briefing Thursday (Aug 6).

Malaysia recorded 15 new Covid-19 cases and 11 recoveries on Thursday, bringing the total infections in the country to 9,038.

The others were local transmissions involving eight Malaysians and two non-Malaysians.

"The six local transmissions were linked to the Sivagangga cluster in Kedah, while two cases were found in Negri Sembilan, one from Kuala Lumpur and another from Labuan," Dr Noor Hisham said.

The six found to be linked to the Sivagangga cluster were second generations of infection, said Dr Noor Hisham, with one person found to be a close contact to a family member who visited the nasi kandar restaurant in Jitra.

Five others involved a family who visited a location which has now been put under the enhanced movement control order (MCO) in Kedah, while the source of infection is still under investigation. 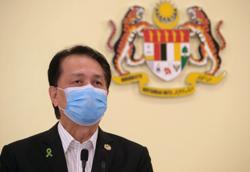