KUALA LUMPUR: The tourism industry is expected to begin its recovery phase in the second quarter of next year after being hit by an estimated RM45bil in losses due to the Covid-19 pandemic, says Datuk Seri Nancy Shukri.

The Tourism, Arts and Culture Minister said that the government had adopted various measures to stimulate and revive the tourism industry.

“That is our prediction and we have introduced various programmes and measures so it can recover swiftly.

“We can see signs of recovery when hotels restarted operations with an occupancy rate of between 75% and 100% based on information from the Malaysian Association of Hotels and others,” she said in reply to a supplementary question from Muhammad Bakhtiar Wan Chik (PH-Balik Pulau) in the Dewan Rakyat on when the tourism industry would recover.

Bakhtiar, a former deputy tourism, arts and culture minister, then stood up to dispute the hotel occupancy figures, saying that it was only about 31% on average.

Nancy then chided Bakhtiar, saying that the ministry was the one receiving daily and monthly figures on the matter, not Bakhtiar.

In reply to the initial question, she revealed that international tourist arrivals and spending in Malaysia could fall by 75% compared to last year due to the pandemic.

She said the ministry estimated that the local tourism industry had suffered RM45bil in losses as of June. From the total, the ministry projected a total loss of about RM31bil from the international travel sector and about RM13bil in the domestic segment.

“Based on ministry statistics, international tourist spending declined by 41.5% from RM21.5bil last year to RM12.5bil for the period of January to March,” Nancy told Datuk Ahmad Nazlan Idris (BN-Jerantut), who asked the ministry to reveal the tourism losses.

“Without international tourists, the ministry projects that the arrival and spending for this year will further decline by 75% compared to 2019,” she said, adding that hotel, travel, shopping, food and beverage, and meetings, incentives, conventions and exhibitions players were the hardest hit.

On a positive note, she said the government was focusing on revival via a Tourism and Culture Recovery Plan under the ministry.

Meanwhile, Nancy said the government had allowed the local sector to resume business since June 10.

“This will allow domestic tourism players, including hotels, homestay and tour operators, to resume activities which were halted previously,” she said in reply to a question from Abdul Latiff Abdul Rahman (PAS-Kuala Krai) during Question Time.

Nancy said the government had provided various initiatives to revive the industry, including incentives under the Prihatin Economic Stimulus Package and the National Economic Recovery Plan (Penjana).

Leaders chip in on ways to eradicate poverty 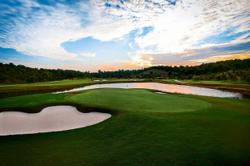