The Deputy Chief Minister said in a statement on Wednesday (July 15) that the timeline for the first draft was assured by her ministry’s permanent secretary Dr Jamili Nais, adding that it will also include input from Sabah Wildlife Department director Augustine Tuuga.

Liew said while a 10-year state elephant action plan from 2020-2029 has been launched before this, this blueprint will include more wildlife species besides the Borneo pygmy elephants, encompassing conservation for orang utans, proboscis monkeys and other species as well.

“I want the proposed Wildlife Food Corridor within the Kinabatangan Wildlife Sanctuary (covering an area of 27,000 hectares of forest) to become a reality soon, ” said Liew, who is also the State Tourism, Culture and Environment Minister.

The blueprint is expected to pave the way for the much-anticipated wildlife food corridor at the conservation area; serving elephants, orang utans and other endemic wildlife.

“There is also a need to reduce human-elephant conflict, and with the Wildlife Food Corridor in place, it will prevent elephants from encroaching into the oil-palm plantations and destroying the crops," she said.

Liew said this following a recent meeting with senior officials from her ministry, Sabah Wildlife Department and non-governmental organisations (NGOs).

She added that she wanted to see NGOs such as the Kinabatangan-Corridor of Life Tourism Operators Association (KiTA) and WWF-Malaysia incorporated into the blueprint.

"We will be seeking the active participation of relevant NGOs in growing a variety of food in the Wildlife Food Corridor; for example, Napier grass and figs for elephants and bananas for orang-utan)," said Liew.

In 2005, the Lower Kinabatangan region was gazetted as a wildlife sanctuary under Section 9 of the Sabah Wildlife Conservation Enactment 1997.

While visiting the Lower Kinabatangan region in June last year, Liew described the Kinabatangan Wildlife Sanctuary as the best place to view what is known as "Borneo Big Five", namely the Borneo pygmy elephant, orang utan, proboscis monkey, rhinoceros hornbill and the crocodile.

"I understand that the top countries in terms of tourist arrivals to that area are the United Kingdom and Australia, among others. They are willing to travel thousands of miles just to catch a glimpse of the pygmy elephant and orang utan," she said. 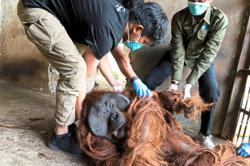 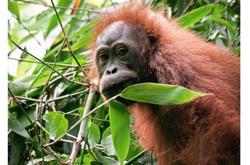