PUTRAJAYA: China's military encroached into Sabah’s and Sarawak's waters in the South China Sea 89 times from 2016 to 2019, says the third series of the Auditor-General's Report 2018.

Of the 89 times, the China Coast Guard (CCG) intruded into Malaysian waters 72 times while the remaining were by the People's Liberation Army Navy (PLAN), the report added.

"Our audit found that the reason for the CCG and PLAN's existence was to demonstrate China's presence in regard to its South China Sea claims, especially in the Beting Patinggi Ali (BPA) area," stated the report released on Tuesday (July 14).

Despite it reducing, China started to place PLAN ships in the country's maritime zone, the report noted.

"The Royal Malaysian Navy (TLDM) took action by chasing the concerned ships out and submitted a report of the intrusion to the Foreign Ministry to make a diplomatic protest. But the ships from China continued to trespass into the country's maritime zone," it said.

In 2018 and 2019, the report said, five diplomatic protest notes were made on China's intrusion into Malaysian waters in the South China Sea.

Separately, the report also noted that in its audit, the negotiations on the maritime borders between Malaysia and Indonesia as well as Singapore were still ongoing, including solutions to solve related maritime border issues.

The report found that spoiled assets and the wide area of Malaysia's Maritime Zone (MMZ) had made it difficult for security control activities and enforcement activities in the area.

It pointed out that 34.6% of the boats or ships of enforcement agencies in the MMZ were unusable, adding that this has affected the efficiency and effectiveness of their operations. 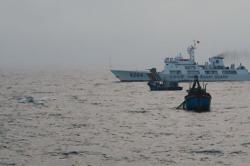 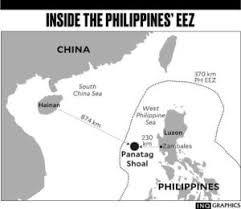