KUALA LUMPUR: Deputy Speaker Nga Kor Ming announces his immediate resignation from his post amid a motion to remove and replace him in Parliament Monday (July 13).

His announcement comes after Speaker Tan Sri Mohamad Ariff Md Yusof had been removed after the matter was put to a vote in the House earlier Monday.

"In solidarity with Mohamad Ariff, I serve the Government which was chosen by the people.

"I hereby announce that I resign my post with immediate effect as a matter of honour and principle.

Meanwhile, Mohamad Ariff said he accepted the decision over his removal as the matter was decided by lawmakers in Parliament. 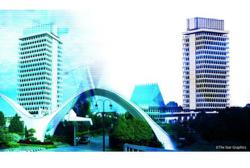