JOHOR BARU: The founder of a charity organisation for special needs children died after suffering from a heart condition for over three years.

Johor Baru Handicapped and Mentally Disabled Children Association founder and president V. Rajamanikam died at the age of 74 at his house in Kulai around 6.30am on Friday (July 3).

According to the association's vice-president S. Murugaiyah, Rajamanikam had been suffering from heart problems for the past three years.

"He had breathing difficulties often in the past few weeks but still remained strong and hopeful.

"He had just taken his shower and was resting on a chair at his house when he passed out and eventually stopped breathing," he said when contacted.

Rajamanikam leaves behind his 70-year-old wife and a 49-year-old daughter.

He will be laid to rest at the Kulai Nirvana Memorial Park around 2.30pm on Saturday (July 4).

In an interview with The Star last year, Rajamanikam said that his meeting with Mother Teresa 24 years ago had inspired him to turn his newly-bought land from a commercial venture to a non-profit outfit.

Initially, Rajamanikam wanted to build an integrated business building on the 1.92ha land located in Jalan Indah Permai 9, Taman Saleng Indah in Kulai but he later turned it into a home and an administration office for the association.

In addition to an administration office, the Saleng home has four separate dormitories for male and female residents, a conference room, a kitchen, a sensory room and a library.

He opened the first home in 1990 at Taman Melodies, near Johor Baru, after he was retrenched from his job as a driver.

The home, which had only seven children under its care 30 years ago, is now the home to more than 230 special needs children.

Rajamanikam's association was also the recipient of 10 wheelchairs from the Star Media Group's charitable arm Star Foundation in 2019. 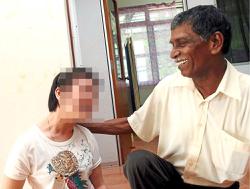 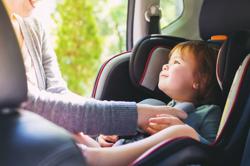 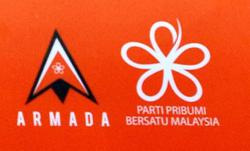