‘We just have to be a bit cautious’

PETALING JAYA: Film buffs were excited to be able to enjoy the big screens and full audio visual experience as cinema operators reopen their doors.

Sales assistant Patrick Francis Gerard was one of those who decided to watch a film yesterday since it was his day off work.

“As cinemas are reopening today, I decided to see what films were being shown.

“I am very much a fan of the big screen, so not being able to catch a film after so many months is weird and disorientating for me, ” he said when met at a cinema near here yesterday.

Although some cinemas are showing old titles, the 19-year-old said he would still enjoy the atmosphere as it allowed him the opportunity to catch the films he had missed.

“I didn’t get a chance to watch the Joker, which I heard was really good, so I can go and watch it now, ” he said.

Gerard added that the experience of watching a film on the silver screen was not the same as watching it at home.

“I really missed watching a film in a cinema, so I decided to come out today.

“It gives you peace of mind, just for those two to three hours, enjoying the film at your own convenience. It’s private time as you don’t get this feeling at home. 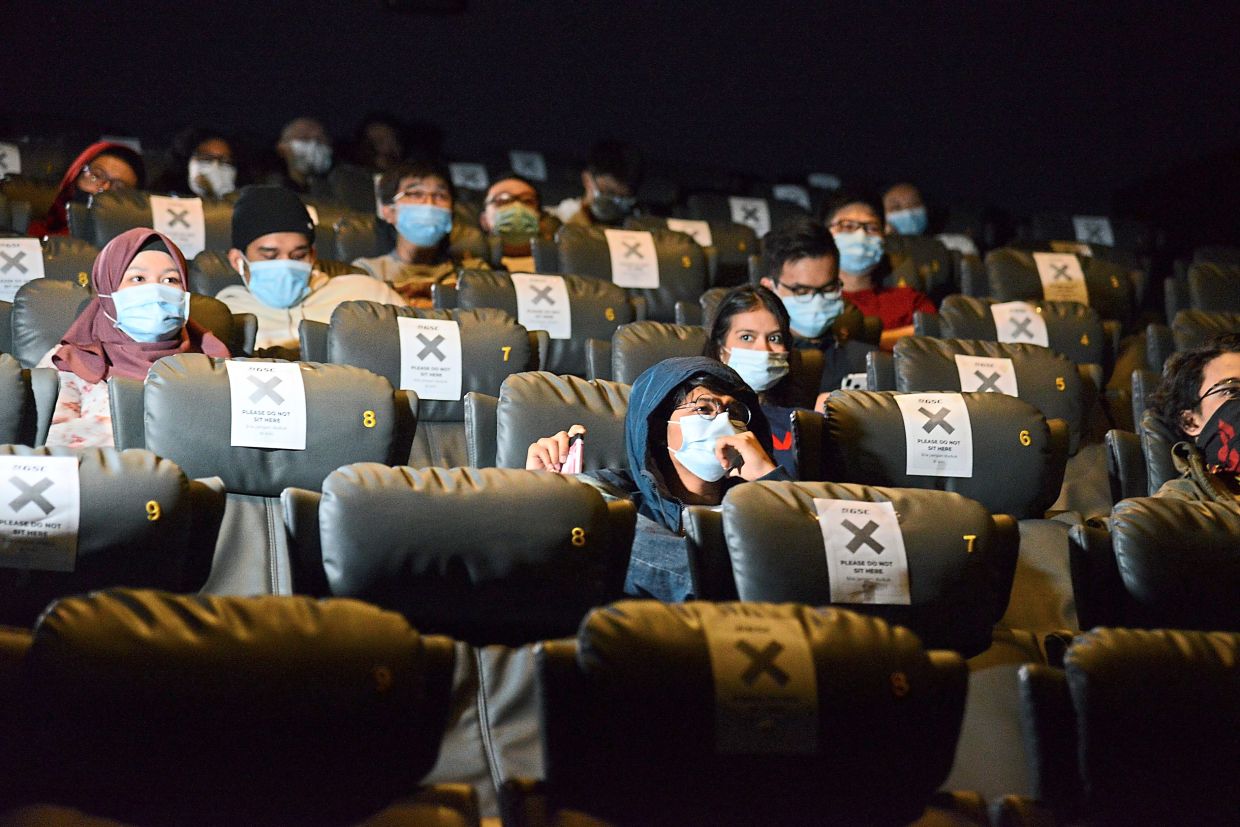 Return of the silver screen: Patrons of a cinema in Kuala Lumpur complying with SOP by wearing masks and observing social distancing. — ART CHEN/The Star

“There’s the excitement of coming to the cinema but we just have to be a bit cautious, ” he said.

Previn said he did not mind watching reruns.

“Hollywood’s not releasing new titles and cinemas around the world are closed.

“Once there are fewer infections globally, film producers will start releasing new titles, so the reruns will only last for a while, ” he said.

Emir Maelzer, 16, too was excited to return to the cinema with his two friends.

“Tuesday was my birthday. That’s why I am watching Bloodshot today to celebrate.

“Watching a film in the cinema enhances the cinematic experience, ” the student said.

He said although he could not sit next to his friends due to the social distancing measures, it was still “worth it”.

“The measures are good because we don’t want anyone to get sick from the disease, ” he said.

Cinemas were shut since the movement control order was enforced on March 18 to curb the spread of Covid-19.