She said the estimated bill amount based on usage patterns prior to the MCO was generally less than the actual electricity consumption during the MCO.

After actual meter readings were taken in June, the bill amount included the under-estimated amounts billed in March, April and May, resulting in higher bills for June.

"Electricity usage from domestic customers increased during the MCO period because of the sudden change in our daily routine.

“Many householders were at home, fully utilising electrical appliances such as air-conditioners, the television or even the oven," said Ng in a statement Wednesday (June 17).

Customers concerned about their bills can submit their actual meter readings at SEB's customer service centres, via email to customercare@sarawakenergy.com or through the SEBcares mobile app.

"The amount can be corrected by providing us with the actual meter readings. Just take a photo of the reading on the meter and our team will do a recalculation.

“The amended bills will be emailed to customers," Ng said.

She added that SEB was actively assisting customers on bill adjustments due to estimated readings.

Under both packages, eligible domestic, commercial and industrial account holders will have their electricity bills discounted by between 5% and 25% for six months from April to September. 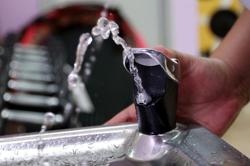