Dilraba hits out at obsessive fans 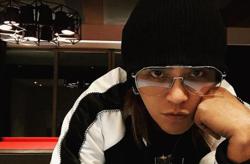 IN a rare occasion caught on camera, the usually soft-spoken actress Dilraba Dilmurat (pic) lashes out at those she claimed to be obsessive fans who are hounding her parents, Sin Chew Daily reported.

It was reported that contact details of her parents were leaked and they were being hounded by strangers.

The 28-year-old actress of Uyghur ethnic origin pointed out that she would not even inform her parents whenever she fell sick.

However, the people who managed to get a hold of her parents’ numbers are periodically feeding them information on Dilraba’s work and her health.

“If you have so much free time, please take good care of your parents. I do not need you to tell them anything about me!” said a furious Dilraba during a recent TV interview.

Dilraba became famous in 2016 after playing one of the main characters in the romance drama Eternal Love.

> The daily also reported that Chinese Internet celebrity Grace Chow appeared to have returned to her normal cheerful self a month after breaking up with Taiwanese pop star Show Lo.

The 31-year-old, who was photographed looking disheveled in public in the wake of her break-up, posted a video tutorial on how to tie her signature bow knot upon request from fans.

However, fans speculated that the bow was a reference to dancer and TV host Linda Chien, one of the women whom Lo allegedly had an affair with.

This was because the bow-knot is also known as the “butterfly knot” in Chinese and that Chien is professionally known as Butterfly.

On April 23, Chow made an explosive social media post accusing Lo of sleeping with other female artistes. 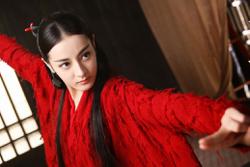