KUALA LUMPUR: The charges against former Sabah chief minister Tan Sri Musa Aman (pic) were baseless as the monies that became the subject matter of the prosecution were from donations and political funds, says Musa’s lawyer.

Amer Hamzah Arshad said the monies were political donations from party supporters, donors, the public and Barisan Nasional or Umno for the purpose of by-elections and the general election, and Sabah Umno’s activities and expenses. 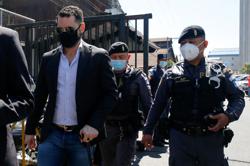