PETALING JAYA: Focusing on the sale of alcohol to solve the drink-driving problem is like treating an ailment with the wrong medicine, says Datuk Chong Sin Woon.

The MCA secretary-general said this provided the opportunity to be turned into provocative material to spark tension among the diverse races in Malaysia.

"The main cause of road accidents by drink drivers is due to an absence of a responsible attitude within the individual," he said in a statement Wednesday (June 3).

He said the government, through the Transport Ministry, is amending the Road Transport Act 1987 (Act 333) to impose harsher sentences against offenders under Sections 41 to 45, sending a stern reminder and lesson to offenders to never drive after consuming alcohol.

"Most certainly, road accidents due to drink driving can be reduced considerably if all road users are free from driving under the influence of alcohol or drugs," said Chong.

He added that the ministry is currently also in the last stage of finalising proposed amendments to Act 333, particularly in relation to driving dangerously or under the influence of alcohol or drugs before the proposed amendments are tabled to Cabinet and subsequently to Parliament for approval.

He said that Ministry is also revising the permissible threshold for alcohol levels in a driver's blood to overcome this issue of drink driving.

"Therefore, we should pay attention to the legislative improvements by imposing heavier penalties and bring the offenders to justice.

"There is no need to escalate this issue into controversies which do not benefit our society nor nation.

"Most importantly, all road users must hold themselves accountable. Do not drive dangerously or under the influence of alcohol or drugs.

"Such irresponsible behaviour could cause eternal regret as it not only brings tragedies to oneself, but also inflicts irreversible damage to one’s family and other innocent people," said Chong.

There has been an increase in drink driving incidents during the conditional movement control order (MCO) resulting in deaths, with many calling for a review of present laws.

PAS had called on the government to suspend the production and sale of alcohol immediately until the problem could be stopped. 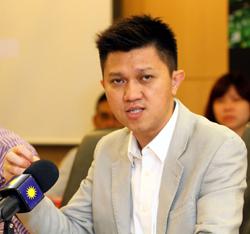 Chong: It’s not the booze, but the attitude