The local authority said it was responding to the call by Federal Territories Minister Tan Sri Annuar Musa who had called for the government to stop issuing licences for liquor sales until new guidelines are in place and laws have been revised.

In a circular sent to The Star by DBKL on Tuesday (June 2), it also added that enforcement will be carried out on premises that were selling liquor without a licence.

The decision was made after several recent incidents of drunk drivers causing accidents including a case early Monday, where a motorcyclist was killed in an accident involving an allegedly drunk driver.

The driver was charged in the KL Magistrate’s Court with drink driving later Monday.

Car accessory shop assistant Khor Yong Zhang, 21, pleaded not guilty to the charge which was read out by a court interpreter before magistrate Puteri Nursheila Rahimi.

He was charged with driving a car under the influence of alcohol which exceeded the permitted limit at 161mg and causing the death of motorcyclist Mohamed Zaili Mohamed, 44, on the Sultan Iskandar Highway heading towards Jalan Tun Razak here at 1.30am on Monday.

Khor was charged under Section 44(1) of the Road Transport Act, which provides for a minimum fine of RM8,000 and a maximum of RM20,000 and a jail sentence of not less than three years and not more than 10, if convicted. 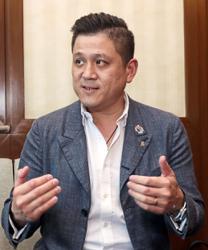 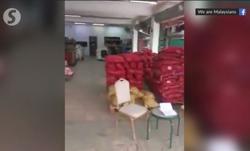