The other two who were removed from the party were Dr Maszlee Malik and Amiruddin Hamzah, both Bersatu supreme council members.

The decision was conveyed to them in a letter by Bersatu organising secretary Muhammad Suhaimi Yahya, which was sighted by The Star.

“Through the notice dated May 15, YB Tun informed that his sitting position in Parliament was at the block that is not supporting the Perikatan Nasional government led by the Prime Minister Tan Sri Muhyiddin Yassin, who is the Bersatu president and acting chairman.

“In the Parliament session on May 18, YB Tun also joined and sat at the Opposition bloc.

“Therefore, it is informed that through Clauses 10.2.2 and 10.2.3 of the Bersatu party constitution, YB Tun’s membership in Bersatu is ceased immediately, ” the letter to Dr Mahathir read.

Contents of the letter were also the same for the other four who were sacked from Bersatu.

Speculation over the sacking of Dr Mahathir and his supporters were rife in recent days, as the first Bersatu party polls loomed. 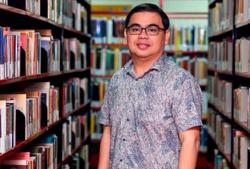