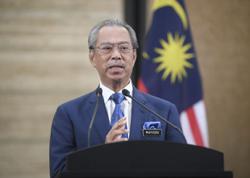 PUTRAJAYA: The revised economic stimulus package under the Perikatan Nasional government will have additional benefits for employees who are affected by the Covid-19 pandemic, says Prime Minister Tan Sri Muhyiddin Yassin.

According to Muhyiddin, an Economic Action Council (EAC) meeting which took place earlier had decided to provide financial assistance to employees who are forced to take unpaid leave.

Employees who are affected will receive financial assistance of RM600 each month for a maximum period of six months, said Muhyiddin.

Workers who are given notice to take unpaid leave beginning March 1 will be eligible for the financial assistance, said Muhyiddin.

“This involves an allocation of RM120mil, and as many as 33,000 workers are targeted to receive this benefit, ” he said during a press conference at the Prime Minister’s Office in Putrajaya on March 16 (Monday).

Muhyiddin also said that affected employees with salaries under RM4,000 a month are also allowed to withdraw from the Employee Insurance System (EIS).

Meanwhile, Muhyiddin said that the RM200 payment for Bantuan Sara Hidup (BSH) recipients will be brought forward to March 16 from its initial date in May.

He also announced that an additional RM100 will be paid to BSH recipients later in May, adding that it will involve RM500mil which will benefit five million BSH recipients.

The government has also decided to give a 2% discount to all power consumers in commercial, industrial and agriculture as well as domestic sectors, he said.

This will take effect for a period of six month beginning April 1 to Sept 30.

The discount will involve an allocation of RM500mil and will benefit 10 million users.

"The government will ensure the economic stimulus package that was announced will be implemented fully.

“We will also see to it the implementation of projects that was announced under Budget 2020 including the East Coast Rail Link (ECRL), MRT2, and the National Fiberisation and Connectivity Plan.

"We will also continue our fiscal policies responsibly as well as business friendly policies to attract quality investments," said Muhyiddin.

Muhyiddin also said that small projects worth RM2bil which was previously announced in the economic stimulus package will begin in April.

“The implementation of the projects will be monitored by the Chief Secretary to the Government and a weekly report will be given to me.” 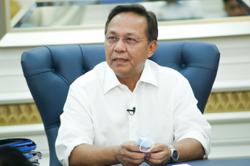