Helping the needy an invaluable lesson for Cheng

Lending a hand: Cheng spent seve­ral days handing out food and other daily necessities to the needy in Hong Kong amid the Covid-19 outbreak. — AFP

HONG Kong singer Sammi Cheng spent several days handing out food and other daily necessities to the needy in the city amid the Covid-19 outbreak.

China Press, quoting Cheng in her Instagram posting, reported that she spent one day each week in February, tagging along with workers of a welfare organisation on their trips.

“I’ve learnt so much by volunteering.

“I found out that many people have lost their jobs because of the virus outbreak, ” she said.

Cheng, 47, said she saw many Hong Kong people living in cramped spaces and that the unemployed were having trouble putting food on the table for their families.

She described it as an eye-opening experience and that it was an invaluable lesson for her.

“In life, we must learn throughout our lives, ” she said.

> Malaysian singer Michael Wong surprised his fans by live-streaming a performance on Facebook after his concert in Taiwan was postponed, Sin Chew Daily reported.

The two-hour footage showed him delivering 23 songs in a studio accompanied by a band of eight musicians.

“When we were rehearsing, my team of musicians and I had a chat. Since my concert at the Taipei Arena on March 14 had been deferred, they suggested having a live-steam so that everyone can enjoy the music in the safety of their own home.

“This is a way for us to share our performance and our presence, ” he said in the video.

Wong, who hails from Ipoh, described it as “the best White Valentine’s Day present” he could give to his fans.

White Valentine’s Day (or White Day) is celebrated on March 14 in certain Asian countries such as Japan and Taiwan.

At the end of the video, Wong said he wished that the Covid-19 pandemic would end soon, and that he hoped to see his fans at the Taipei Arena on a later date.

Wong, 49, is best known for his tunes such as Fairy Tale.

He is also Perak’s tourism ambassador. 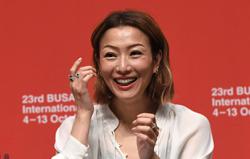 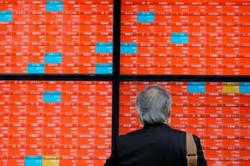