A major draw at the Kwong Tong cemetery is the grave of Kapitan Yap Ah Loy.

THE Kwong Tong Cemetery in Kuala Lumpur may lose its heritage status if the proposed city centre boundary is redrawn according to the 2040 Kuala Lumpur Structure Plan, reported Sin Chew Daily.

In the exclusive report, the daily quoted an expert in transportation planning Wu Muyan, who said the plan had proposed an expansion of 861ha south of the present boundary, which will then include the land in which the cemetery sits on.

If the Kwong Tong Cemetery falls within the boundary of the city centre, the land could be converted for commercial use.

This, Wu said, would threaten its heritage status.

“If no one objects to the present draft of the 2040 Kuala Lumpur Structure Plan, it will then be used to replace the 2020 Kuala Lumpur City Plan, ” he told the daily.

When contacted, the chairman of Kwong Tong Cemetary Li Zhengguang said they will be voicing out against the proposed redrawing of the city centre’s boundary.

The Kwong Tong Cemetery is the largest and oldest cemetery in Bukit Petaling, Kuala Lumpur.

The century-old cemetery is the final resting place of historical Chinese kapitans including Yap Ah Loy and Yap Kwan Seng, and was gazetted as a national heritage zone in June 2019.

> Hong Kong actress Irene Wan admitted that it was awkward for her to film a girl-on-girl sex scene in the 2019 crime thriller The Fallen, reported China Press.

The 53-year-old veteran actress shared an intimate scene with Hanna Chen, 27, in the film.

Awkward in the beginning, Wan said she was fine after she got into character and even praised Chen for being gentler than most male stars.

“If I get a chance to have a role in a movie with a similar theme, I’d gladly take up the challenge. My husband supports me 100%!” she said in an interview.

Wan added that they did not receive direction for the sex scene and yet it was completed in a single take.

For her portrayal of the main character Fu Yuyu in the film, she won the best actress award at the 8th Silk Road International Film Festival earlier this year. 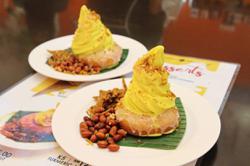 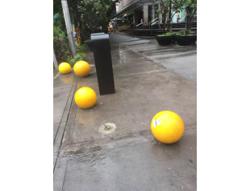