KUALA LUMPUR: PKR MPs were in high spirits as they left Istana Negara after their audience with the King, while Datuk Seri Azmin Ali and his faction gave media the slip as they entered the palace through a different door.

The final day of MPs meeting with Yang di-Pertuan Agong Al-Sultan Abdullah Ri’ayatuddin Al-Mustafa Billah Shah started with Parti Pribumi Bersatu Malaysia president and Pagoh MP Tan Sri Muhyiddin Yassin being among the first to be granted an audience, at around 10am.

PKR MPs arrived at the palace at about 10.40am.

Going a step further than their counterparts from Barisan National and PAS on Tuesday, the MPs came in a Hop On, Hop Off bus.

The MPs were all smiles as they left the palace, with several of them shouting “good news, good news” from the tourist bus they were ferried in. 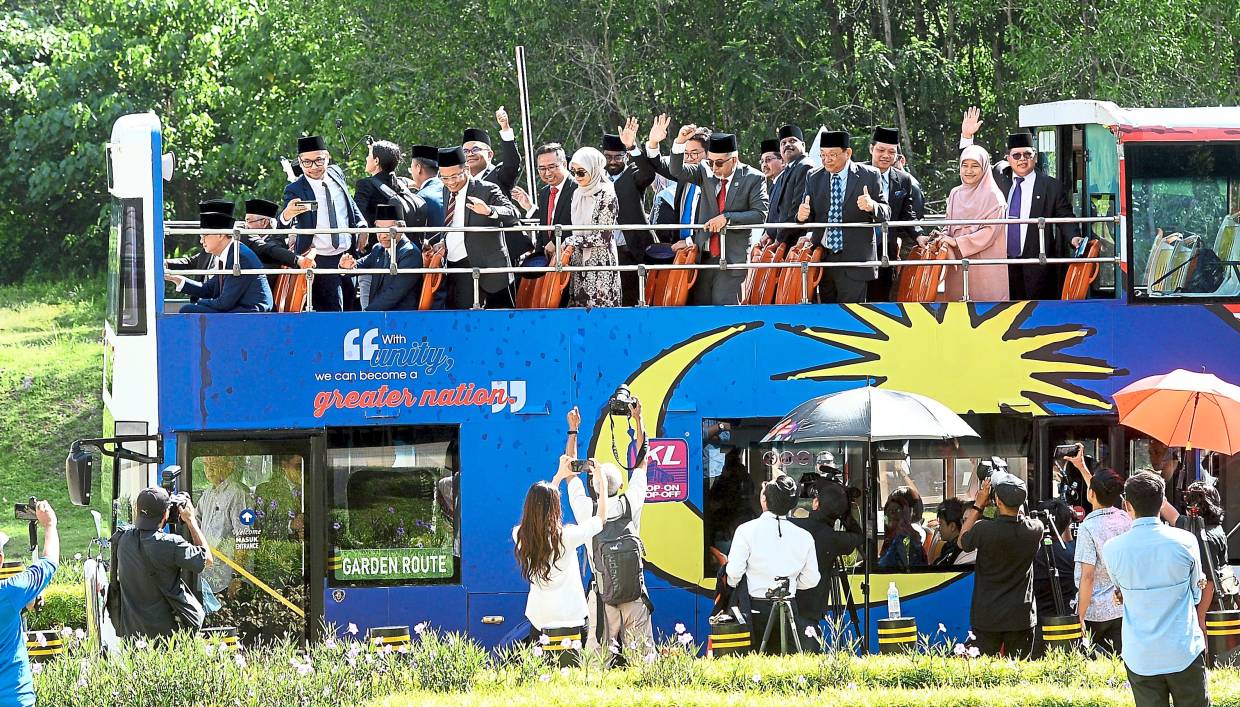 All aboard: PKR members of Parliament waving at onlookers as they arrive on a Hop On Hop Off Kuala Lumpur bus at Istana Negara.

Parti Amanah Negara MPs arrived at about 11.55am, with party president Mohamad Sabu, who is Kota Raja MP, leading the way, followed a few cars behind by Shah Alam MP Khalid Samad.

Leaving the palace, Pokok Sena MP Datuk Mahfuz Omar told the media that it would be “good news for Malaysia”.

DAP MPs arrived together in a bus at around 1.45pm.

The entourage departed the palace about two hours late.

Datuk Seri Azmin Ali and his faction of former PKR MPs entered and left the palace unnoticed through another door, Gate 3, of the Istana.

While the media were hard at work, food companies and businesses thronged Gate 2, where the media was congregated and distributed drinks and food items.

Among the companies were Nestle Malaysia, 100Plus, Restoran Ali Maju, Giant Malaysia and Xiaomi Malaysia.

A mini-frenzy occurred when controversial businesswoman and Instagram model Cleopatra came bearing pizzas for the journalists.