KUALA LUMPUR: PKR central leadership has sacked two of its top leaders Datuk Seri Azmin Ali and Zuraida Kamaruddin for their "betrayal" against party principles and the effects of their actions causing instability in the Pakatan Harapan-led government.

PKR secretary-general Datuk Seri Saifuddin Nassution Ismail said the decision was reached following the actions of Azmin and Zuraida, who are the party's deputy president and vice-president respectively, and the role played in the open betrayal against the party.

"A few of these characters were the main mastermind in the event at Sheraton Hotel (on Sunday, Feb 23), and that is clearly against the party's stand on the matters concerning the position of the prime minister.

"And that has also affected the economy and politics as we can see today, the ringgit and stock market.

However, Anwar and Dr Wan Azizah were not present during the press conference.

Anwar left the party headquarters around 2.10pm and headed to Istana Negara for his meeting with the Yang di-Pertuan Agong.

Asked if Saifuddin and Zuraida will be allowed to appeal the party's decision, Saifuddin said it will follow the usual process.

He also said the party has identified other masterminds involved in the meeting between government and Opposition MPs in Sheraton Hotel, Petaling Jaya on Sunday night.

"We will be sending them show-cause letters," he added. 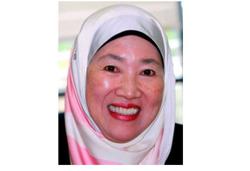