Use handcuffs on children only as a last resort, say experts 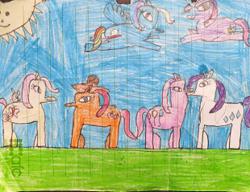 PETALING JAYA: Physical restraints or handcuffs should only be used by the authorities on a child as a last resort, say child psychology experts.

The remarks came following the circulation of a picture depicting a Pelahu child holding a toy gun while being handcuffed during an arrest of a group of 15 Pelahu children and women.

Kin & Kids Marriage, Family and Child Therapy Centre director Charis Wong said while the child who held the toy gun might have caused fear and distress to the public, he should not be treated in a shameful and degrading manner.

“Children who are homeless and stateless are already living in a stressful environment and have lost a significant part of their childhood.

“These kids may look tough on the outside but are extremely vulnerable and at risk," she said.

Wong said physical restraints - where a child is physically immobilised to prevent them from running away - should only be used as a last resort and when it was required to ensure the safety of the child or others.

Under the Child Act 2001, a child who is arrested shall not be handcuffed unless the offence is a grave crime or that the child forcibly resists the arrest or attempts to flee.

Referring to the Child Act, Early Childhood Care and Education Council president Datuk Dr Chiam Heng Keng said a toy gun was not a dangerous weapon and that the boy was not going around killing people with the toy gun.

Hence, she said this did not constitute a “grave crime”.

Dr Chiam said handcuffing could leave a lasting psychological effect on a child.

“Being arrested is in itself frightening and being handcuffed increases the fear and anxiety," she said.

Dr Chiam said the younger the child, the greater vulnerability and fear an imprint of the image of handcuffing would have on the child's mind.

“We want children to rehabilitate and become useful citizens. Carrying the image that he is a criminal or sinner, this may make it harder for the child to be rehabilitated because he may believe himself to be a no-good or bad person," she said.

Lahad Datu OCPD Asst Comm Nasri Mansor had on Thursday (Feb 20) said that a policeman was being investigated for allegedly handcuffing the child.

On Tuesday (Feb 18), pictures of the boy pointing a toy gun at a motorist in a Taman Aman Jaya traffic intersection while begging for money were widely circulated on social media.

This led police to a location where they found a group of Pelahu, also known locally as "Sea Gypsies", begging in the area.

The group of 11 Pelahu children - five boys and six girls, aged between six months and 12 years, - were detained along with four women, aged 24 to 31, believed to be their mothers.

They were nabbed under the Immigration Act. 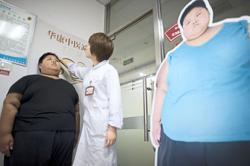