DESPITE being married to a well-known fashion designer, beauty and hair salon owner Datin Nina Sabrina Ismail Sabri maintains that she always follows her own personal style.

“He has never restricted or decided my attire, ” she said, referring to her husband Datuk Jovian Mandagie.Jovian had accepted her fashion style from their courting days, she told Sinar Harian.

She explained that her love for fashion was nurtured in her younger days by her mother, who had often coordinated the family’s attire.Her mother, she said, was also good at matching handbags and shoes with accessories.

Nina and Jovian married in December 2013 and now have a three-year-old daughter.

> For fathers who are happy when one of their children follows in their footsteps, then architect Datuk Ar Ezumi Harzani Ismail’s joy is multiplied four times.

His children, Najwa, Adam, Marha and Syaza, aged between 21 and 25, had all chosen to work in architecture, Harian Metro reported.Ezumi said he never forced any of his 10 children to become architects, although he did drop the odd hint once in a while.

Adam, an architecture student at Universiti Teknologi Malaysia in Skudai, Johor, said his father was always there to give him pointers to improve his sketches.

“I didn’t think architecture would suit me because my sketching skills aren’t great, but my father has helped me a lot with that and now, my coursemates come to me for pointers, ” he said.

Adam said the other person responsible for his interest in architecture was his eldest sister Najwa, who is pursuing a master’s degree in architecture at Oxford Brookes University in Britain. 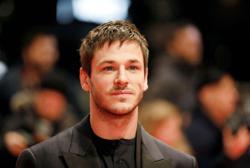