Magistrate Suhailla Selag meted out the fine on Aliuudin Amit, 67, who is retired, after he pleaded guilty to the offence yesterday.

He was charged with circulating a statement aimed at causing public mischief through WhatsApp by spreading a rumour about a prisoner in Sandakan Prison who died from Covid-19.

The offence was committed at Lot 70, Jalan Selunsung, Taman Sempelang, Kota Kinabalu, at 9.34pm on Jan 23.

The statement was read by an officer of the Sandakan Prison at 10.46am the following day.

The charge was under Section 505(b) of the Penal Code, which provides for a jail term of up to two years, a fine or both, upon conviction.

In mitigation, Aliuudin, who was unrepresented, promised not to repeat the mistake. Aliuudin paid the fine.

Previously, journalist Wan Noor Hayati Wan Alias was the first person to be charged for making statements with the intention of causing fear among the public.

She pleaded not guilty when charged with three counts of making statements on Covid-19 on her Facebook page.

On Feb 5, she claimed trial at a Magistrate’s Court under Section 505(b) of the Penal Code

The court fixed bail at RM4,000 in one surety for each of the charges and set March 11 for mention. 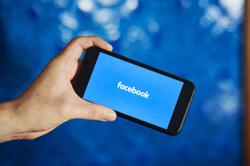 Kuantan MP to be charged with spreading fake news 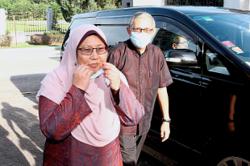 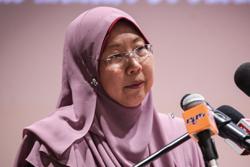