KUALA LUMPUR: The Tourism, Arts and Culture Ministry will focus on the Asean market to try and cover the shortfall of Chinese tourists into the country due to the Covid-19 coronavirus.

Its Deputy Minister Muhammad Bakhtiar Wan Chik said that they targeted Asean because of the proximity and connectivity to Malaysia.

“Indonesia, Singapore and Thailand have been our top three. I think it's logical to focus on these three, ” he told reporters at the 3rd Kuala Lumpur Travel Mart here on Thursday (Feb 13).

He said that 70% of tourist arrivals into Malaysia are from Asean countries.

He said there was also strong market from India and the subcontinent.

Bakhtiar said it was unfortunate that South Korea issued a travel advisory against travel to Malaysia because of the virus.

He said that he planned to visit South Korea to meet up with the authorities and travel agents to convince them that Malaysia was a safe place.

"The number that has contracted Covid-19 is negligible, less than 20 so far. It is not spreading and some of them have recovered. We need to go out and do a lot of selling and marketing that Malaysia is safe and is a destination for people who cancelled their trip to China," he said, adding that they will also focus on the European market.

He said there were about 3.1 million tourists from China last year and 2.94 million the previous year.

"We were hoping to get more than 3.6 million this year but quarter one and two will be badly affected. Due to the shortfall, we have to focus on other markets," he said.

He added they were doing promotions for the domestic market, so that the local hotels would not be empty.

He admitted that it won't be easy to cover the shortfall of tourists, as people were afraid to travel.

"It is not easy to cover the shortfall, but nevertheless, we have to put all our efforts to ensure business remains resilient," he said.

So far, Malaysia has banned flights from Hubei and temporarily suspended the issuance of visas to citizens from the province. 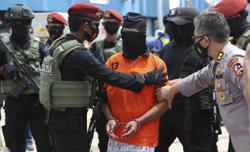