Umno and PAS to discuss PM vote of confidence

PETALING JAYA: The suggestion to table a vote of confidence for Prime Minister Tun Dr Mahathir Mohamad (pic) in the next Parliament meeting will be presented when Umno and PAS leaders hold their collaboration meeting.

PAS deputy president Datuk Tuan Ibrahim Tuan Man said the idea to call for the vote of confidence would be put to its fellow opposition party to persuade Umno to support it.

“We will be meeting them tomorrow night (tonight) and this is one item on our agenda.

“We have mentioned before that we support Dr Mahathir if there is a vote of no confidence against him in the Dewan Rakyat.

“This time, we are mooting a vote of confidence which we will file earlier to the Speaker, ” said Tuan Ibrahim yesterday.

When asked if PAS would continue to moot the vote of confidence even if Umno says no, the Kubang Kerian MP merely said that PAS had a right to call for such a vote.

Tuan Ibrahim also said that the meeting would take place at the Umno headquarters in Putra World Trade Centre and both parties would be represented by 11 leaders each.

“Party secretary-general Datuk Takiyuddin Hassan and I will be among the 11 from PAS, ” said Tuan Ibrahim.

Annuar said the meeting would also discuss the retreat in Janda Baik to be attended by all Umno and PAS MPs in two weeks’ time.

The retreat, the first of its kind between Umno and PAS, is expected to further strengthen the Muafakat Nasional.

‘PM must keep his promise’ 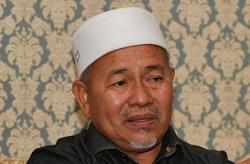 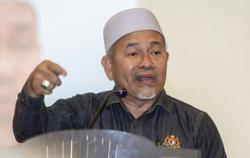