PETALING JAYA: Parents and teachers are cautious about the implementation of the policy to revert to the teaching of Science and Maths in English as announced by the Prime Minister, warning that there may be hiccups unless resources are in place.

“We are short of 500,000 scientists and engineers to move the economy forward in order for Malaysians to enjoy a better quality of life, to leap over the middle-income trap and be a model nation, ” she said.

While the National Union of the Teaching Profession fully supports the teaching of Maths and Science in English, its secretary-general Harry Tan hopes that the implementation will be done carefully.

The Teaching and Learning of Science and Maths in English policy (better known by its Malay acronym, PPSMI) was a thorny issue for 11 years, he said.

In 2003, under Dr Mahathir’s first tenure as prime minister, PPSMI was introduced in phases, beginning with Year One, Form One and Lower Six students.

It was abolished in 2013 only to be replaced by the Dual Language Programme (DLP), which was announced during Budget 2016.

The DLP allows selected schools to teach Maths and Science in English.

“There were numerous problems plaguing the implementation – poor English proficiency, difficulties in preparing the dual language exam papers and the lack of motivation among the teachers themselves.

“Currently, we have something similar which is the DLP. Unfortunately, the programme is also fraught with problems, ” he said, adding that parents who want to send their children to do DLP are sometimes turned away as there are insufficient classes to cater to them.

The old guards who taught PPSMI have retired, he said.

“The majority of Science and Maths teachers today are not proficient in English. And we have problems getting Maths and Science textbooks in English, ” he said.

He appealed to Dr Mahathir to look at all aspects, especially the teaching force, before implementing a policy “that we may be ill prepared for”. 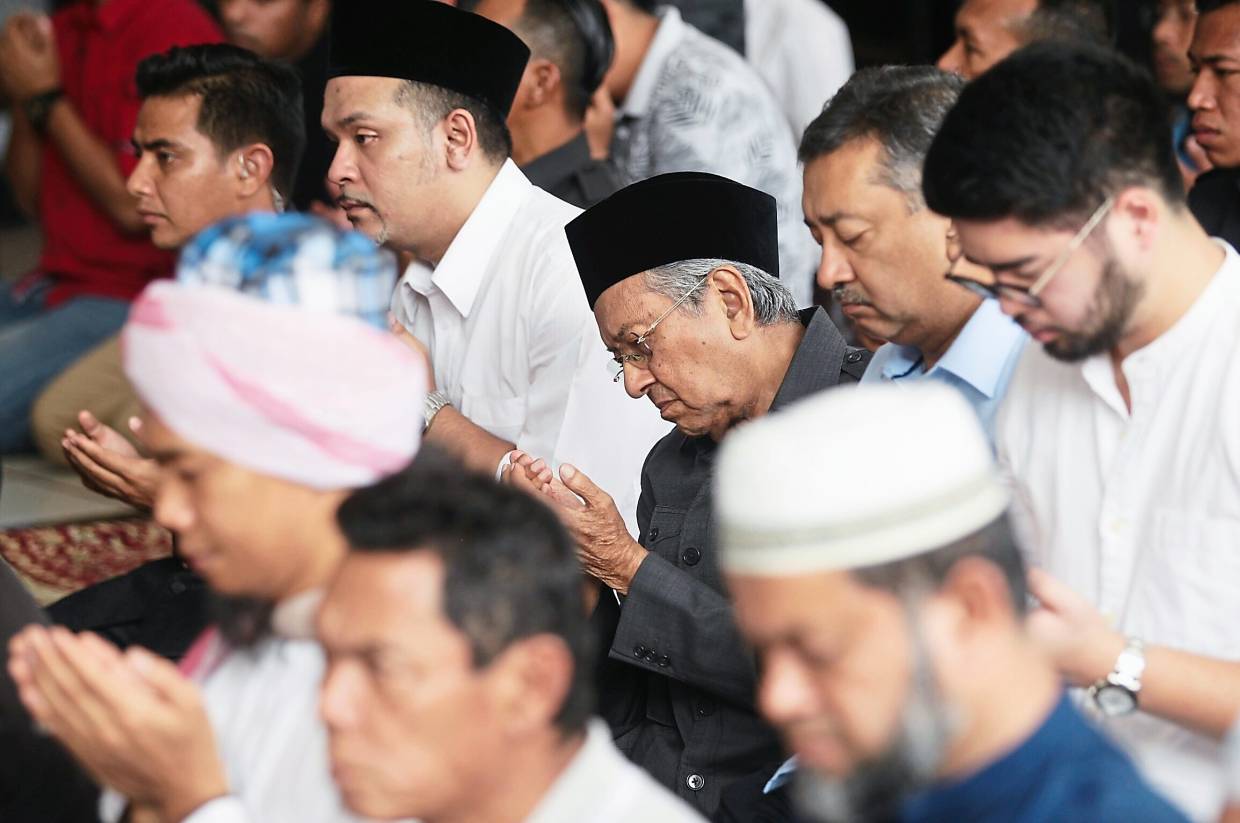 Call to prayer: Dr Mahathir performing the Friday prayers and ‘Solat Hajat’ at the National Mosque.

Lauding the move as “much anticipated”, Melaka Action Group for Parents in Education chairman Mak Chee Kin said it was a courageous step forward.

“Finally, someone dared to do what is good for our children though it may not be popular politically.

“Now, to encourage more schools to adopt the DLP. We can move from there, ” he said.

He, too, hopes that Dr Mahathir will ensure that resources like teachers and materials are in place before implementing the policy.

This, he said, was important to prevent a flip-flop.

MIC education bureau chairman and central working committee member Datuk P. Kamalanathan said the reasons why the policy was reversed the first time should be studied and only implemented when all shortcomings and gaps had been resolved.

“A comprehensive engagement should take place with the stakeholders to ensure they see the importance and relevance of the policy and embrace the change as this will be key in making it a success, ” said Kamalanathan, a former deputy education minister.

On Thursday, Dr Mahathir said English would again be used to teach Maths and Science.

He said the use of English and mastering the language in our education system must be promoted.

“It is very important that we give time for English, particularly in the learning of Science and Maths.

“Geography and History can come in any language but Maths and Science are not indigenous fields of knowledge (to us). They come from abroad.

“And most of it comes to us in English. Therefore, we are going to use English in the teaching of Science and Maths, ” he said.

He said those who studied Science in Bahasa Malaysia later found it difficult to work where English was required.

He was speaking during a special meeting with Education Ministry management officials on Thursday.

A video of his address was uploaded on social media.