PUTRAJAYA: Former premier Datuk Seri Najib Razak strikes back at the allegation that he ordered the “shoot to kill” of Mongolian Altantuya Shaariibuu by claiming the statutory declaration (SD) by former police commando Azilah Hadri is part of a high-level political assassination attempt.

He is also calling on the police to re-open the murder case following the filing of the SD, said Najib’s lawyer Tan Sri Muhammad Shafee Abdullah.

Shafee even claimed to have received information that a “VVIP” had paid a visit to Azilah, who is currently on death row at Kajang Prison.

The lawyer said Azilah’s review application yesterday to set aside his conviction and death sentence was a “mischievous application”.

Shafee also alleged hidden hands were behind the application.

Azilah wanted the Federal Court to review his 2015 conviction and death sentence for killing Altantuya in October 2006.

Speaking to the media after attending a case management for the application at the Federal Court yesterday, Shafee said “very reliable information” had revealed that in February, Azilah met a VVIP outside the prison.

“I can’t say (who it is). A VVIP outside of prison! Not in prison ... when he is on death row, that is a breach of protocol,” he said, adding that he was trying to ascertain whether this information was true.

“I know some Malaysian agents, including an Australian reporter, have been visiting Sirul to get him to come out with a statement that is coordinated with Azilah,” he said.

Shafee alleged Azilah’s SD was a political assassination attempt on Najib, who was gaining popularity among Malaysians.

He added that Sirul could also be making the same move in Sydney.

“There are two or three people I know who have been persuading him to come out with something of this sort,” he added.

He alleged that the SD was a “third attempt” to victimise Najib.

“They can see the cases (trials) of SRC International and 1Malaysia Development Berhad are not going far in terms of speed.

“The judges are doing a wonderful job. It is not going as fast as some people want it.

“They want to put my client in jail from day one, so this is the third attempt,” he added.

Shafee hoped that the police will re-open the case following the SD.

“I hope they re-investigate the case. My client wants them to re-investigate for one purpose – we want to know who put Azilah in this mode of perjury.

“Who is behind this perjury? As we don’t think it’s him alone,” he said.

“It is a mala fide (in bad faith) act to create sensation around my client,” he added. 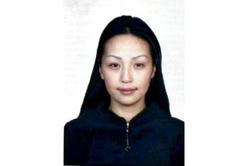