Azmin: All decisions must be made in accordance with party constitution, practices

MELAKA: All decisions by PKR must be made in accordance with the party’s constitution and the procedures that it has adopted for the past 20 years since its inception, said party deputy president Datuk Seri Mohamed Azmin Ali.

"Justice should also be taught from home and it must be instilled in the party before it carries out its struggles," said Azmin, in an apparent jab towards the brawl between two different factions at the PKR Youth and Women’s wing congress on Friday (Dec 6).

He said he had hoped that the meeting between him and PKR president Datuk Seri Anwar Ibrahim in Parliament last Wednesday (Dec 4) would address several “fundamental issues” within the party.

Asked by reporters to elaborate on the “fundamental issues” he pointed out, Azmin merely said it was “justice”.

Azmin had also agreed with Anwar’s call for an end of factionalism in PKR.

“That was the reason why I took the initiative to gather several elected central committee members to attend the meeting, and put in letters to him to seek his guidance, to sit down and discuss," he said when met at sidelines of the PKR national congress at the Melaka International Trade Centre (MITC) on Saturday (Dec 7).

The growing tiff between Azmin and Anwar nearly triggered a “parallel congress” in Kuala Lumpur, but was called off after Azmin was allowed to officiate both the Youth and Women’s wing congress in Melaka.

However, despite the truce, the PKR Youth and Women’s wing congress on Saturday (Dec 6) saw a commotion erupt into a brawl around 12pm.

Two people were injured after they were punched and pelted with stones, while two others were arrested. 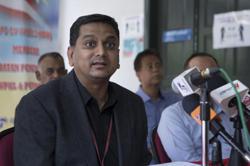 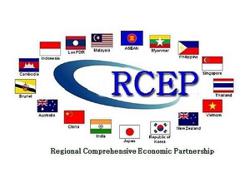