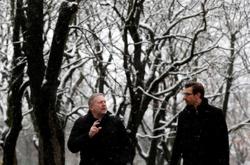 In Malaysia, female employees get paid less than their male counterparts. Why is this so and what can we do to fix the problem?

Last year, the average Malaysian male employee had a median salary of RM2,342 a month while women made RM2,227 according to the Statistics Department (DOSM)’s Salaries & Wages Survey Report Malaysia 2018.

However, the gender wage gap is not due to a lack of ability on the part of women.

For one thing, more women are enrolled in university compared to men. A recently released World Bank report, “Breaking Barriers: Toward Better Opportunities for Women in Malaysia”, found that on average, women have greater educational attainment and show more actual learning.

In fact, girls consistently outperform boys in standardised assessments of learning outcomes, including in math and science.

But why are women not making as much money in the labour force? According to the Women’s Aid Organisation (WAO), many women are often wrongfully penalised at work due to a multitude of reasons which include discrimination and incorrect perceptions about a woman’s ability to contribute.

The gender wage gap appears to widen as employees climb up the career ladder because the effects of gender discrimination are compounded over time, says WAO Advocacy and Communications Officer Tan Heang-Lee.

Tan explains that salaries for entry-level positions tend to be more standardised, but as women progress in their careers, gender bias may affect their performance appraisal and opportunities for promotion.

“And once women have children, they may face the “motherhood penalty”. According to a Cornell University study, mothers are perceived to be less competent and committed than women without children – even when they have similar credentials. In contrast, fathers are perceived to be more committed than men without children, ” she says of the stigma faced by working mothers.

Moving forward, employers should review their performance appraisal criteria to mitigate potential gender bias and ensure that these criteria are fair, says Tan. “Men and women tend to engage in different occupations, and women-dominated occupations, many of which are “caring professions” such as teaching and nursing, are often underpaid, ” she adds.

Unfortunately, “caring professions” are underpaid not because it is less productive but partly because our society undervalues care work.

This is a mindset that needs to be reversed, she stresses.

“To address occupational segregation, we must challenge gender stereotypes and expand the range of career options available to women and girls. We must also remove barriers that hinder women and girls from pursuing careers in traditionally male-dominated fields.”

The government should also introduce a provision on "equal pay for work of equal value" in the Employment Act.

“Transparency is important because women often don’t know that they are paid less than their male counterparts – and this lack of information enables the wage gap, ” she says. DOSM's Salaries & Wages Survey is conducted nationwide every year to collect information on monthly salaries and wages from the principal occupations of paid employees, who are defined as someone who works for at least six hours a day or at least 20 days a month.

At first impression, the difference between men and women’s raw earnings in Malaysia appear to be relatively low compared to many countries.

However, World Bank Senior Economist Achim Schmillen says that comparing raw earnings do not really illustrate the actual wage gap. For a more comprehensive picture, we have to consider other variables such as the difference in education outcomes.

Schmillen points out that in Malaysia, gender earnings gap for individuals with degrees is much larger than the overall earnings gap between genders.

“This illustrates that the overall gap only appears small because it does not appropriately account for differences in women’s and men’s productive characteristics, ” he explains in an email to Sunday Star.

“Women in Malaysia tend to be much better educated than men. At the degree level almost 60% of graduates in 2017 were women. According to World Bank estimates, given the differences in education (and other productive characteristics) between men and women, men should on average earn 13.8% less than women, ” he says.

READ ALSO: How Malaysia benefits by investing in women

“And when compared to many other countries for which data is available, such as those in Europe, the gender wage gap in Malaysia is in fact relatively high.”

In Europe, men are on average paid 12.5% more than women according to a 2017 Trinity College Dublin study.

If Malaysia wishes to empower women, identified as one of the nine target groups under the government's Shared Prosperity Vision 2030 (SPV 2030), concrete steps – such as introducing laws to stop gender discrimination in the workforce and providing accessible and affordable care services for children and the elderly – have to be taken.

“Because women are primarily responsible for their family’s care under Malaysia’s prevailing social norms, improvements in the availability, quality and affordability of care services for children and the elderly will be key to enable more women to work in more productive jobs, ” Schmillen says.

The challenge of accessing affordable, good-quality child care is particularly acute for B40 families and the urban poor, he observes.

The fight for gender equality is further emphasised when during the launch of SPV 2030 in early October, the government stated that future policies will be based on gender sensitivity to encourage more female participation and leadership in both the private and public sectors.

“As a starting point, having the target that the Malaysian labor market is free from discrimination over gender incorporated into the Shared Prosperity Vision signals a very good initiative from the (Malaysian) Government in upholding and improving economic outcomes for women, ” says Schmillen.

With Malaysia heading towards becoming an aging nation, we not only have to ensure that women’s salaries be at par as men, but must also work towards increasing women’s participation in the labour force, which stands at only 55.2% in 2018.

Malaysia benefits by investing in women 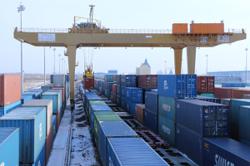