Malaysian wants ‘offensive’ HK drama to be taken off the air

A fan of Hong Kong drama Heart of Greed 3 is demanding it be taken off the air, alleging that it portrays Malaysians in a bad light, reports Sin Chew Daily.The daily has received a letter from a reader who claimed that the drama had portrayed Malaysians to be arrogant and disrespectful.

“The Hong Kong TVB actor was dressed in a baju melayu complete with a songkok. He uses rude and disrespectful language when speaking with the King of Tea (a character in the drama).

“It is as if they are trying to insult Malaysians in front of the entire world!” he wrote.

The reader was referring to episode three of the 2017 drama which tells the story of a bubble tea competition.

The character in the baju melayu is known as the King of Malaysian Bubble Tea, who issued a challenge to his Hong Kong counterpart.

The show is being aired on 8TV.

When contacted, 8TV’s branding department replied, saying “we will make sure Hong Kong’s TVB gets the complaint”.

Goh also expressed gratitude towards UM’s board of directors for not withholding the degree scroll and academic transcript of graduate Wong Yan Ke who staged a solo protest during the university’s convocation ceremony. 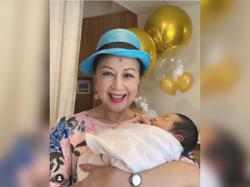