“If the workers are retrenched under the law, they can always make a representation to the EIS where there will be some payment of salary for a period of six months, starting from 80% (of their salary) in the first month, ” he told reporters at the Parliament lobby on Wednesday (Oct 9).

It was reported that the employees were told to pack up their belongings and leave the office by 1pm on Wednesday as the cash-strapped company officially ceases operations.

Kulasegaran said the EIS would also try to find alternative employment opportunities and get employers to interview them.

“Those who are willing will be sent for re-skilling and upscaling and all the costs will be paid by the EIS," said Kulasegaran

He said that the employees would receive help with writing their curriculum vitae and added that most of the time, 80% to 90% of employees in this situation will get alternative jobs.

“I hope the Utusan employers can reconsider the decision, or may be other buyers will take over the company as they have been in the industry for a long time, ” he added.

“The government has made EIS a cushion so that workers can put food on the table every month, ” said Kulasegaran.

While the workers’ last day of service is on Oct 31, they have until 1pm today to clear their workstations, pack up and return all company property, including access cards and office keys.

Abd Aziz had said that Utusan had gone through the most critical business period during the past few years since it started operating 80 years ago.

He said that the situation worsened after May 2018, adding that many efforts were made to put the company in a more stable position, but to no avail. 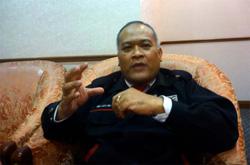 Industries compelled to leverage on technology 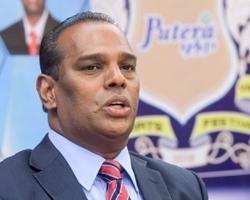