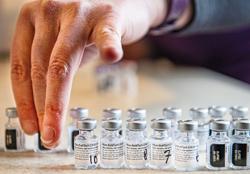 PETALING JAYA: Employees of Utusan Melayu (Malaysia) Berhad were told to pack up their belongings and leave the office by 1pm on Wednesday (Oct 9) as the cash-strapped company officially ceases operations.

"This step had to be taken because the board of directors were of the view that the company is no longer solvent to continue business.

"For that reason, the company will cease operations on Wednesday, 9 October 2019," said Abd Aziz in a statement on Wednesday.

While the workers' last date of service is on Oct 31, they have until 1pm today to clean their work stations, pack up and return all company property including access cards and office keys.

Abd Aziz said that since a few years back, Utusan Melayu (Malaysia) Berhad had gone through the most critical business period since it started operating 80 years ago.

The situation worsened after May 2018, he said, adding that many efforts were made to put the company in a more stable position but to no avail.

Among the steps taken were to offer the Voluntary Separation Scheme (VSS) which saw more than 700 workers being let go, he said.

"The company has also sold off assets belonging to the company and group to support the capital and get a sufficient cash flow.

"However, the declining daily circulation of Utusan Malaysia and Kosmo! and the target of RM4mil advertisements per month which we failed to achieve caused Utusan's cash flow to become more critical," he said.

This not only caused the workers' salaries to be delayed but also unpaid debts, he said, adding that the company is now facing various legal actions by creditors.

The workers were also told that their eligibility for termination benefits was subject to the provisions of the law and that this would be handled by the liquidators.

The liquidators will be holding a briefing for all workers on Oct 30 at 3pm at the Dewan Besar Utusan, said Abd Aziz.

"Any further questions can be brought up during this briefing session," he said.