Dream homes are houses of horror

Dreadful find: Some house owners were left speechless when they found water leakages and burst pipes throughout their new house.

GEORGE TOWN: They thought they were finally getting their dream homes. But after receiving the keys, many found themselves in a nightmare.

One owner walked into her unit for the first time and was taken aback when she found a worker repairing the toilet.

The homes are from a state government affordable housing project managed by Penang Development Corporation (PDC).

Several owners took to social media and posted numerous pictures of the defects but some took it all in their stride, saying “it is normal with affordable housing”.

One owner, who wished to be known only as Chan, said he was upset that the developer did not deliver the unit as promised.

“Water marks have formed on the wall and I can see water seepage. “The finishing near the windows leaves much to be desired.

“The common areas are another problem with water puddles and burst pipes,” said the 35-year-old.

Another owner, who wanted to be known only as Lee, said there were leaking and burst pipes in her toilet.

“My friend cheekily told me that it’s good feng shui to have a fountain in the toilet,” she said.

Facebook user Shamini Vinodkumar posted a photo of a worker repairing the toilet.

“I don’t know how they obtained the CCC (Certificate of Completion and Compliance). The work is not completed yet,” she said.

But one owner said he was satisfied with his unit.

“I am very happy and have no problems,” he said.

The man also added that his friends, who also bought affordable housing units, shared that “some defects are normal”.

“I just need to go to the management office, fill a form and list out all the defects. The developer will come and fix it at no charge,” he said.

In 2013, PDC awarded the tender to Zubicon Sdn Bhd to build 2,093 units of affordable housing, known as Chelliah Park City.

Zubicon managing director Lim Beng Keong said all unit owners would be serviced by its in-house team to rectify any defects.

“As a responsible developer, we will fix all defects within the 24-month liability period as provided in the sale and purchase agreement.

“We have a management team at the site and owners can always come to us instead of voicing their complaints on social media.

“We will try our level best to rectify the problems. I have been in this industry for 30 years and these problems can be resolved,” he said.

State Housing Committee chairman Jagdeep Singh Deo said he had ordered PDC, as the project manager, to compile all the complaints lodged by the owners.

“The contractor has to make good the defects. That’s the law.

“I have called for a meeting and requested PDC to get the full details,” he said. 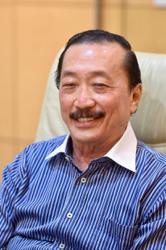