The "Golden Man" is actually a Kazakhstani warrior costume, and will be featured from Tuesday (Oct 1) until Oct 31, part of its tour of museums worldwide.

The warrior's costume – which is one of Kazakhstan's national symbols – dates back to approximately 500BC and is believed to have been worn by a young Scythian Prince who was killed during a battle.

It was found in 1969 in a Scythian tomb about 60km east of Almaty, near Yesik. Made out of more than 4,000 separate gold pieces, many of them finely worked with animal motifs, it also has a 70cm-high headdress with skywards-pointing arrows, a pair of snarling snow leopards and a winged, two-headed mythical beast.

"This exhibition coincides with Visit Malaysia Year 2020, spearheaded by the ministry to introduce Malaysia to foreign countries.

"I really hope that this exhibition will give an opportunity to visitors to get to know and understand the history and culture of Kazakhstan," he said during the launch of the event on Tuesday (Oct 1).

"Malaysia is the only country in South-East Asia that has been selected to host this exhibition," Museums Department Malaysia director-general Datuk Kamarul Baharin A. Kasim added.

The "Procession of the Golden Man Through World Museums" is organised by Kazakhstan's National Museum and the country's Culture and Sport Ministry.

Apart from the "Golden Man", also featured in the exhibition are more than 500 pieces of gold jewellery and ancient traditional clothing items. 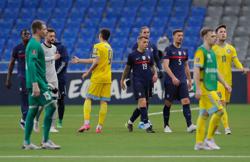 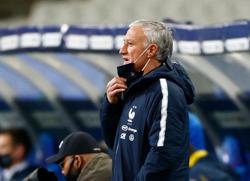