‘I wasn’t in cahoots with Low’

KUALA LUMPUR: It was an intriguing day at the 1Malaysia Development Bhd (1MDB) trial when the defence suggested to a witness that it was he who had attempted to defraud the company all along.

Shafee said Amhari was the sole owner of Aabar-BVI through Tycoon Gain Ltd, which is also the sole shareholder of Aerosphere Ltd.

Shafee: From the very beginning and I’m saying this from 2007 onwards, you and Jho Low...

Shafee: Don’t smile, don’t give me that smirk. You and Jho Low conspired in this conspiracy to defraud 1MDB and I’m going to show you a document.

Shafee: I (will) show you one document. You know of Aabar Investment PJS Ltd.

Amhari: I know of it after the election.

Shafee: Are you seriously saying this? You know you are in court.

Shafee suggested that Amhari had volunteered, manoeuvred and persuaded Najib at the insistence of Low to be sent to Abu Dhabi to negotiate the arbitration because he did not want the truth of the IPIC dealings and the “rotten smell” to emerge.

The lawyer also said Amhari’s labelling of the mega projects to bail out 1MDB and its subsidiary SRC International was because he was told by the Malaysian Anti-Corruption Commission to implicate Najib as much as possible, in return for a favour from MACC not to charge him.

Amhari disagreed with the suggestion.

Shafee said Amhari took a jaundiced view by calling the mega projects a bailout when the sentence “while simultaneously completely resolving 1MDB and SRC debts” in the talking points with China could have meant that there would be economic growth with the mega projects and the 1MDB issue could be resolved with the growing economy.

Amhari replied that he was more inclined to disagree because the talking points need not be put in such a manner.

To another question about the important documents that were kept in his cousin’s house instead of his own, Amhari said the Prime Minister’s Office (PMO) chief of staff had instructed that all documents be shredded before last year’s general election and important files be kept so that they could be used after the polls.

The High Court also heard that Terengganu Ruler Sultan Mizan Zainal Abidin had described Low as an “unsavoury character” after it was discovered that Low was manipulating the Terengganu Investment Authority for his ultimate ambition on the state’s oil and gas.

Amhari denied that he had known about this and failed to communicate with his superiors, the PMO and Najib, about this.

Najib, 66, is accused of 25 charges in total – four for abuse of power that allegedly brought him financial benefit to the tune of RM2.3bil and 21 for money laundering involving the same amount of money.

The hearing before Justice Sequerah continues on Monday.

Amhari: A PM has the power to make my life unstable 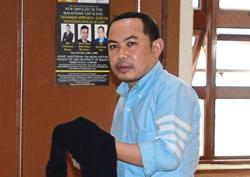 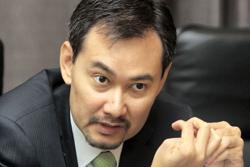